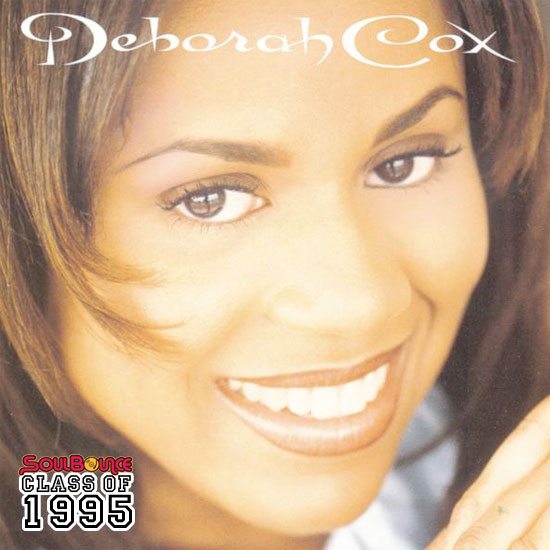 The '90s marked a decade of remarkable growth and popularity for "urban music." By 1995, the widely-diverse landscape was bursting with new sounds and new artists who pushed the envelope lyrically and stylistically. R&B was evolving, embracing hip hop grit, marrying funked-up jazz and carving out new niches in the industry. But the chart dominance of artists like Whitney Houston, Babyface and Toni Braxton proved that traditional R&B was still very much alive, and the time was right for newcomer Deborah Cox to cross the border and make her debut.

Though Canadians had recently impacted the airwaves thanks to artists like Céline Dion and k.d. lang, they had been a little quiet on the R&B side. But as Ms. Cox (who ironically did a short stint as a background singer for Ms. Dion) and fellow native Tamia (who would burst on the scene just a few months later) soon proved, they would have just as much of impact as their pop contemporaries. After being rejected by Canadian record labels, the singer-songwriter moved to Los Angeles in 1994 to pursue her dream and it paid off big time. The talented 21 year-old impressed the venerable Clive Davis, who signed her to his Arista label (also home to Deborah's idol, the incomparable Ms. Houston) in 1995. Later that year, her eponymous debut Deborah Cox was released in early September.

Deborah's saucy vocals wove a tale of regret and longing with lead single and album opener "Sentimental," a sultry groove undergirded with a hip hop beat. The groovy debut rose to the top five of Billboard's Hot R&B Singles chart and made a smooth path for the album's second single "Who Do U Love" to rise to No. 1 on the Hot Dance chart (territory Deborah would soon become quite comfortable in). She turned heartbreak into a jam and confirmed that she was one to watch.

Comparisons to Whitney were inevitable when Deborah displayed her incredible range and power on "I'm Your Natural Woman." Taking notes from Toni Braxton, she delivered punctuated sass on "Call Me," then channeled the confident strut of Mary Davis for a respectable remake of The S.O.S. Band's "Just Be Good to Me." And while we admired her affinity for these divas, she respected her ability to stand on her own merits. A mix of dramatic and sentimental ballads showcased her developed tone, full-bodied depth and graceful highs. The album also highlighted her songwriting skills, proving that she was more than a pretty face with a killer voice. All of these qualities combined in to stunning effect for the Vincent Herbert-produced gem "Where Do We Go From Here."

Deborah Cox was the beginning of an impressive career that is still going strong. After her 1995 debut, Ms. Cox went on to conquer the R&B and Dance charts, made an unforgettable splash on Broadway and amassed worldwide fame. Her career includes Juno Award wins, GRAMMY nominations, six top-20 Billboard R&B singles twelve No. 1 hits on Billboard’s Hot Dance Club Play chart and the longest running No. 1 Single on Billboard’s Hot R&B/Hip-Hop Singles chart (a record she held for eight years).