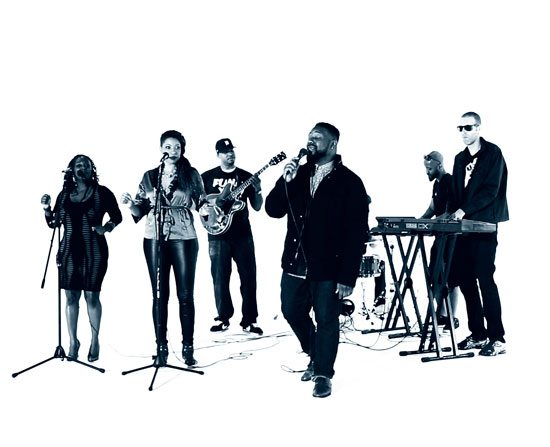 After taking us to the club for their first single from Tales From the Land of Milk and Honey, "Asking For a Friend," The Foreign Exchange would rather spend the night in for the second single "Body." And by "spend the night in," we don't just mean inside the house. With lyrics like "I don't want to go out to no club tonight / I just want your body," Phonte and Nicolay have crafted the ultimate Netflix and chill anthem in "Body" for all the lovers and others out there to get their groove on to.

For the music video, the entire +FE crew is present and accounted for -- Zo!, Carmen Rodgers, Tamisha Waden, Darion Alexander and Nick Baglio -- and they get into a different kind of groove with the band gathered together to perform on a soundstage. The guys and gals are jamming to "Body" while we see various couples seated on a couch. Each couple (one of which is played by Nicolay and real-life wife/+FE's Director of Operations Aimee Flint) is enjoying the company of their significant other, whether they're cuddled up, playing video games, sipping on an adult beverage or just being affectionate in general. The Foreign Exchange's director of choice Kenneth Price is once again behind the lens, and, although it's a simple black-and-white video filmed on a soundstage, he manages to make the scenes pop.

Although "Body" is about spending chill time with bae, the song isn't one to sit still to.  So it only makes sense that toward the end of the video more couples come on the scene to dance. Phonte gets in on the two-step action and takes his dance partner for a twirl, both exhibiting some impressive moves. Watch and enjoy the "Body" video right here while we try to figure out who we need to call to get Tay on the next season of Dancing With the Stars. 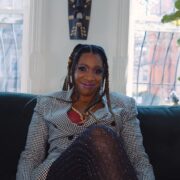