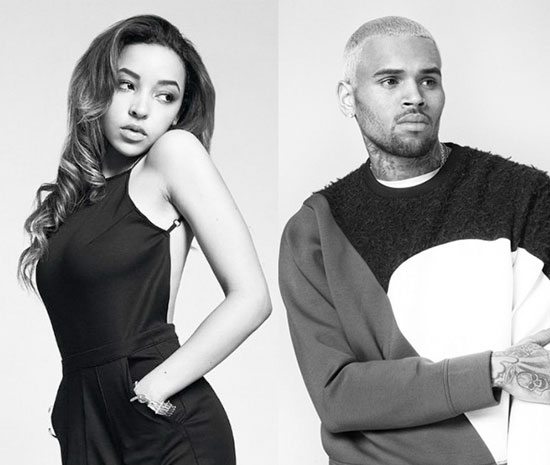 Tinashe has been teasing us with her upcoming second album Joyride for awhile now. However, we’ve been less than enthused with much of her output as of late. The self-directed close out to the Aquarius Era, "All In Good Time," felt like one long gratuitous shot of her frolicking in next to nothing around a highway tunnel, holding up traffic. Similarly, she tried  to tease us with a few “Party Favors,” but the slide whistle track sounded a little too much like the album cuts from her last project. But, just when we thought our girl was on a joyride to the sophomore slump, she surprises us with her official first single "Player," proving she’s not fluke, but a first round draft pick.

Produced by LULOU and Alex Purple, the mid-tempo track's '80s synth finds Tinashe talking a good game about love and how she’s playing to win. She warns anyone who steps to her is, “Playing with fire / If I burn, you too.” Speaking of playing with fire, Chris Brown joins the festivities on the bridge of the song, delivering a rap-like verse. If Breezy's half-hearted, over-sexed contribution isn't your speed, there's also a version of the track sans Brown. While the song doesn’t stray too far outside of our girl’s usual wheelhouse of mainstream alternative pop/R&B atmospheric music, “Player” is a fun dance track with a nice edge to the lyrics.

While we were questioning Tinashe before, she more than proves we’ll have something to look forward to when Joyride finally drops later this fall. In the meantime, we’ll keep “Player” in rotation, along with her smoking cover of Bleachers' “I Wanna Get Better.”