Wrestlers & Jesse Boykins III Have Fun With A ‘Stranger’ 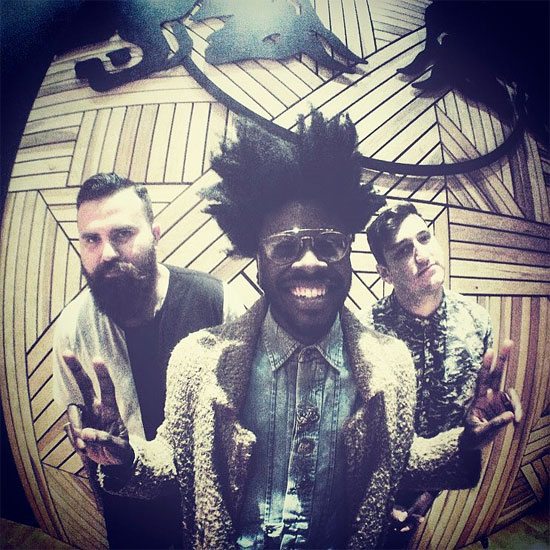 The Houston electronic duo Wrestlers linked up with singer/songwriter/SoulBounce fave Jesse Boykins III to create “Stranger,” a soulful track with undeniable house music vibes. The song was released via Red Bull Sound Select as part of a double single. The first part of the single is the song “Perennial” by Shy Girls, and while the two tracks are different, they share a cohesive bond through Wrestlers' distinctive production style. While the pair created and produced the beat, they gave Boykins full creative control when it came to the lyrics. The end result is a song about coming to terms with the death of a personal fantasy by dancing the night away. This track is definitely dance floor worthy while still retaining more traditional soulful, R&B undertones.

“Stranger” is a departure from both the Wrestlers and Jesse Boykins III's usual sound. The Wrestlers were well known for producing mostly electronic and house music with heavy trance influences, while Jesse Boykins III is a velvet voiced alternative R&B crooner. The collaboration marries both genres perfectly, leading to a contradictory smooth yet bouncy track that's as catchy as it is unforgettable. Aidan Kennedy, one half of the Wrestlers, recently told Red Bull Sound Select that, “These tracks are a statement that we aren't going to put out song after song and have them all sound the same." The duo are definitely on a mission to expand their musical range and “Stranger” does just that.

The “Stranger”/“Perennial” double single are the most recent musical projects the Wrestlers have released in 2015, though they have kept busy with producing and performing live shows. According to their SoundCloud, they're currently recording their debut EP, which seems like it will continue this trend of melding electronic, soul and R&B together. SoulBounce is eager to see what these extremely talented, innovative producers come up with next.