Zepherin Saint, Ann Nesby & G3 Help Give Us An ‘Optimistic’ Outlook With This Sounds Of Blackness Remake 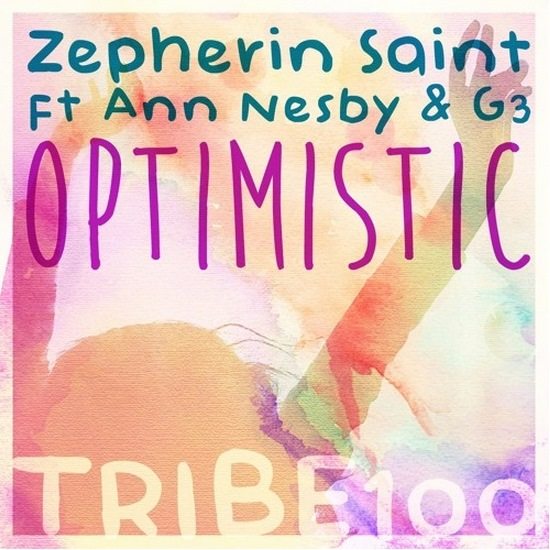 UK producer/DJ Zepherin Saint has made a name for himself travelling across continents to help us get our collective life on the dance floor. Dabbling in everything from Afrobeat to deep house, his ability to get a crowd moving inspired him to form his own label, Tribe Records, and has made him a global fixture as a purveyor of dance music. To honor the label's 100th release, Mr. Saint wanted to create something momentous, something that would celebrate his achievements but still connect with the people in a major way.

Reaching back almost 25 years, he found his muse thanks to Sounds of Blackness' 1991 breakout, "Optimistic." Produced by Jimmy Jam and Terry Lewis, the Gary Hines-led ensemble lifted our spirits with the inspirational tune and introduced us to the unmistakable voice of Ann Nesby. "'Optimistic' is one of my all time faves," Zepherin reveals. "It helped me through a difficult time in my own life, as I am sure it has for many when it was originally released. It’s always been on my mind to make a house cover as I would sometimes play the original in my DJ sets to close the night, but I did not feel I was ready until now. The words and sentiment of the song create a lot of emotion on the dance floor, so when thinking of how we were going to commemorate Tribe's 100th release, this just made perfect sense on many levels."

While everything fell into place, his music director Yoel Ben Yehuda assembled a choir in Atlanta to record the vocals. As luck would have it, one of the singers happened to be a former member of Sounds of Blackness and loved the arrangement so much that they reached out to Ann Nesby's manager. Ann said yes, and also got her daughter Jamecia Bennett (another SOB member who happened to sing one of the leads on the original) and granddaughter Paris Bennett (American Idol alum) involved as well (puzzlingly credited as "G3").

Ambiguous monikers aside, one listen will convince you that this remake was clearly meant to be. Layered with unrelenting house beats, peppy synth, emotive piano and Hammond organ, soaring choir vocals and powerhouse soloists, the vibrant production maintains the uplifting spirit of the original while ushering in a new era for Tribe Records. Listen below and head to iTunes to add the reimagined "Optimistic" to your playlist.