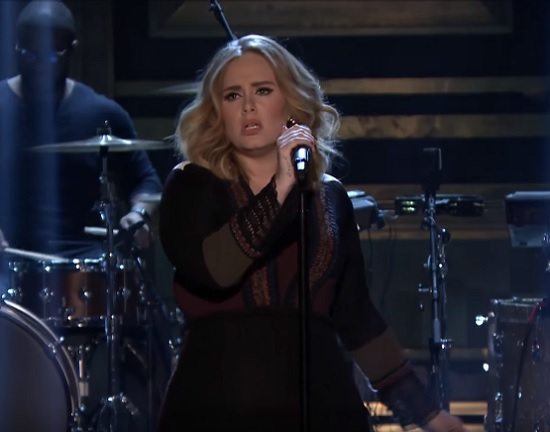 You might as well face it, folks. Adele currently rules the world. The British singer has stormed the world with the release of her third album, 25, racking up sales of at least 2.3 million in the U.S. alone. It was only fitting, then, that the tearjerking chanteuse stage her own British invasion of American television. Of course, you already saw her storm the stage of Saturday Night Live this past weekend, and last night she brought her talents and cheeky humor to The Tonight Show Starring Jimmy Fallon.

The singer served up 25 album track "Water Under the Bridge" for the late night crowd. The mid-tempo number, another tale of love, loss and regret, sounded amazing, with her six-piece band and backing vocalists adding great support to her superb vocal. But Adele didn't just come on the show to hit all the right notes. She also gave a brief sit-down interview and played a game with host Jimmy Fallon called "Box of Lies," in which the pair opened boxes and told tall tales about their content. While the on-the-spot whoppers are quite hilarious (not to mention some of the questionable objects they have to describe), what's even more comical are Adele's reactions to the host, which include a constant stream of giggles and a few choice swears.

You can check out Adele's performance and the laugh-inducing game below. 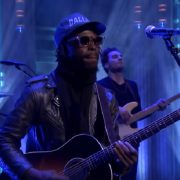 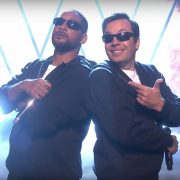 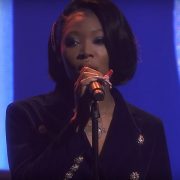