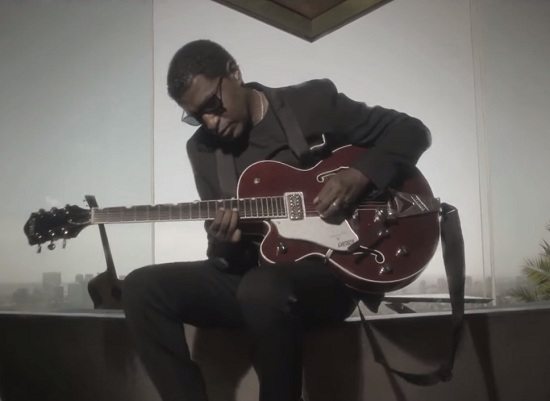 Kenneth "Babyface" Edmonds is a musician for all seasons. The singer/songwriter has managed to keep his career alive for decades now thanks to his immense talent and impeccable pen game, which allowed him to create not only hits and a career for himself, but for many other artists as well. And while he's been very musically adventurous when writing songs for others, he's always kept things fairly classy and classic when it comes to his own material. That's quite evident on his latest single, "We've Got Love," which we first got to hear back in August.

Now, Babyface, who is set to be honored with the Legend Award at this year's Soul Train Awards, has released the official video for the ditty. Just like the song itself, the video also possesses a throwback feel. The clip starts in black and white, as 'Face pulls up to a swanky crib in a classic car as the strains of the song begin. Soon, though, he's joined by his band and a few friends as he takes the stage to perform the track. While that bit of action occurs, elements of color begin to bleed in certain places, gradually adding a bit of sunny allure to the happy-go-lucky proceedings. Eventually, the entire thing is colorized and the performance is in full swing.

While the treatment has definitely been done before, especially during Babyface's '80s and '90s heyday, it shows that the omni-talented artist is a classic man (no Jidenna) that can even make the familiar feel fresh. Get into the timeless video below and let us know if you agree.


TAGS:  babyface, kenneth babyface edmonds
Previous: Tony Momrelle’s Visual ‘Pick Me Up’ Will Brighten Your Day Next: We ‘Can’t Get Enough’ Of Santigold’s New Self-Love Anthem