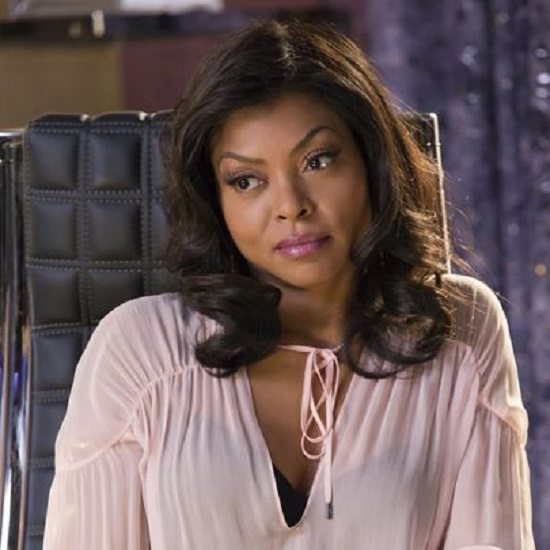 Last week's episode of Empire was a lot. No, seriously. It seemed like they crammed ten episodes of story into 60 short minutes. Hakeem's kidnapping was resolved in a matter of minutes, Becky finally got her some sweet lovin' (Go, Gabby!), Andre tried to bring gangsta rappers to Jesus, Cookie and Laz finally hooked up (though she might be sleeping with the enemy!) and punk-ass Lucious was still punk-ass Lucious. But, as we know, the Empire slows down for no one. And with that, let's get into this week's episode.

This episode picks up where we last left off, with Cookie and Laz smanging like there's no tomorrow. It seems that the loving and chemistry between the two of them is pretty good. So good, in fact, that the two end up body rockin' knockin' the boots for three days straight with limited interruptions (though we do hope that showers and the brushing of teeth were involved for sheer hygiene's sake). Somehow during all that sexing, they do manage to get some semblance of work done thanks to Porsha dropping off Cookie's laptop at some point (and Lord only knows what that room was smelling like by then). And, after Laz showed her an event he was promoting, Cookie gets the bright idea to throw the inaugural "Cookie's Cookout" to help promote the roster of talent on Lyon Dynasty.

At the far-less-sexy Empire offices, Lucious and Dej Noap – I mean Freda Gatz, are still trying to make that tired-ass track "Boom Boom Boom Boom" a thing in the studio. While it's a song and collaboration that no one in their right mind would ask for, Lucious (and the show) continues to beat us over the head with it anyway. Freda is laying her verse while Lucious chastises her about embracing her pain or something of that nature to make the record a success. He dangles the carrot of playing the song for tastemaker Huey Jarvis (who seems to be the Empire universe's version of Quincy Jones) and that seems to light a much-needed fire under her. Meanwhile, Jamal is in another studio and still seems to be having problems getting his songs together without Cookie's magic touch. So, of course, he goes running to mama for advice via text. Though they're supposed to be beefing, Cookie can't help but to lend her ear to her baby. But, just as she puts him on the right musical path, here comes big bad Lucious messing up the groove as usual.

While all this lovey dovey family time is going on, Laz sneaks downstairs to meet with one of his cohorts from the get along gang who questions whether he's handling business or booty. But Laz swears by his Sharpie-drawn tattoo that he has things under control, with a plan to get Cookie and Lyon Dynasty to pay up for event promotions and protection 10 times over. (Is it just us or is the most convoluted extortion plan ever?) He snakes away from his compadre just as Cookie steps outside to see where he went off to. He pops up just in the nick of time as Cookie informs him that she's hungry. "We ate everything. You ate everything." She informs him as we clutch our collective pearls.

Lucious, meanwhile, is sitting in Huey Jarvis' living room talking with the legend himself (for those in the know, he's played by Clarence Williams, III, better known as Linc from The Mod Squad). Lucious somehow gets the sage industry veteran and award winner to listen to the pestilence that is "Boom Boom Boom Boom." Rather than tell him to get that s**t the f**k outta here, he inquires about Freda's verse and ultimately tells Lucious that he needs to dig deeper. This causes yet another quick flashback to Lucious' childhood that will surely be drawn out over the course of the episode.

Back at Lyon Dynasty, Hakeem and Cookie have invited all the "hip hop bloggers" to the office to announce Cookie's Cookout (somehow SoulBounce's invite got lost in the mail, but we're not salty). To give the crowd a preview of what's gonna go down, they present Hakeem's girl group Mirage a Trois. However they come off more like Mirage a Nawl with their new single "Bottomless Mimosa." Yes, folks, they're singing an ode to getting drunk at brunch. Jesus wept. Though the song leaves much to be desired, the girls at least have the look and the moves down. That is until secondary girl Carmen decides she wants more shine then lead singer Laura. The power move doesn't go unnoticed by Cookie, who tells Hakeem to bump Carmen to lead. He's not having that, as he has eyes for Laura for some unexplained reason, so it seems that Hakeem has a bit of training to do.

Across town, Mimi is singing Lucious' praises while keeping an eye on Empire's bottom line. It seems the numbers aren't nice. Andre, however, has an idea: music streaming. This novel idea (because Spotify, Google Music, Rdio and other services don't exist in Empire-land) is deemed worthy by Mimi with one caveat: she feels they should acquire an already existent service rather than build their own. Andre wants to be in charge of the situation more, but Lucious, instead, wants Andre to visit his friend at the DA's office to use his *ahem* skills of persuasion to get a gang injunction against Freda lifted. This, of course, is in conflict with Andre's new found walk of faith.