Get A Double Dose Of Tink With ‘Dinero’ & ‘Trust No One’ 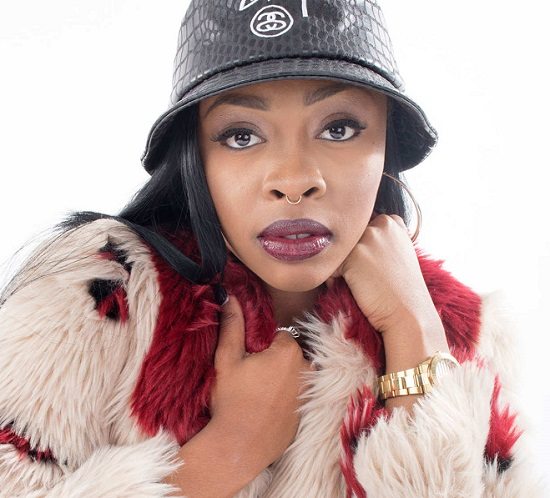 With Halloween coming on a weekend this year (shoutout to the Geto Boys), there were plenty of costumes, tricks and treats to be had all around. But if you happened to have your ear to the ground — or, at the very least, a few moments to check out the music feeds — you might have been privy to a couple musical treats coming from Chicago rapper/singer Tink's way. The buzz-worthy young lady dropped two Timbaland-produced tracks to her public that are sure to have fans salivating even more for her upcoming debut, #ThinkTink.

First up is "Dinero," a lovely ode to the dollar. For the track, she sings to the green like it's her man as she wonders where it's been all her life. That question isn't considered too long, as cash is now her king and it rules everything around her. Timbo gives his young protégé an interesting musical backdrop to play with, with knocking 808s, a flurry of hi-hats along with synths that swirl and sway as Tink reveals her affections. And, just as with previous single "Million," a little of Aaliyah's essence is weaved in when Tink interpolates a bit of "4 Page Letter."

The second new song is "Trust No One." This, too, takes some inspiration from another beloved fallen icon, Tupac Shakur. It finds Tink feeling a bit paranoid as she observes the behavior of those around her. As she rides the menacing plinking of minor chords paired with a mournful synth and knocking bass, she lays out a story of keeping to herself and watching her back for any potential snakes in the grass that may be out to get her. Underscoring her fears is an equally paranoid 'Pac, who warms to nobody in this game. A haunting, ghostly chorus provided by Tink wraps it all up in an oversuspicious bow.

Both songs are sure to get folks even more anxious for #ThinkTink, which has been long promised though a solid release date has yet to come. Maybe these two singles means that the ball will get rolling sooner rather than later. While we hold our breath for a firm date, check out "Dinero" and "Trust No One" right here.


TAGS:  2pac, aaliyah, audio, geto boys, timbaland, Tink, tupac shakur
Previous: Morning Soul: This Is More Than A Crush Next: SoulBounce’s Class Of 1995: Montell Jordan ‘This Is How We Do It’