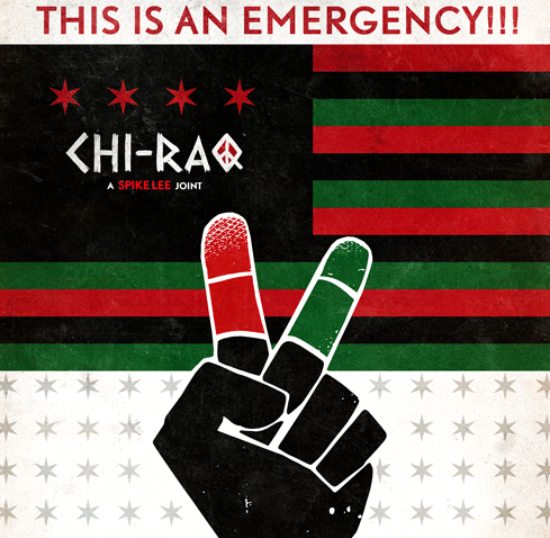 Spike Lee just released the first trailer to his much-anticipated movie Chi-Raq a month ahead of its release. If you've ever watched a Spike Lee Joint, then you already know the director gives a no-holds-barred view of whatever issue he decides to tackle. In this case, Chi-Raq explores the gun violence in Chicago by way of the ancient Greek comedy Lysistrata by Aristophanes and presents a story of violence and despair. While the murder rates spike in the city, with men shooting each other left and right, the women unite to stop the violence by becoming abstinent in the name of peace. Dressed in sexy camo gear, they proudly proclaim, "I will deny rights of access and entrance!" While this part of the movie has come under scrutiny, based on the trailer, it looks like we'll get stunning scenes of protests and moving monologues that are relevant considering the current climate of racial turmoil.

The movie includes a unique cast of characters, including our colorful tour guide Samuel L. Jackson, gangsters Nick Cannon and Wesley Snipes and stars John Cusack, Jennifer Hudson and Teyonah Paris, who plays lead Lysistrata. Also watch out for Dave Chappelle, Lala Anthony and other familiar faces. Watch this space to see what other exclusives we get from Spike, and we'll hold tight to see which artists provide the soundtrack for the movie (rumor has it Chi-Town native son Kanye West might be involved). Check out the trailer for the film about the city of wind right here and let us know if you'll be in theaters on December 4th to watch Spike's Chi-Raq.