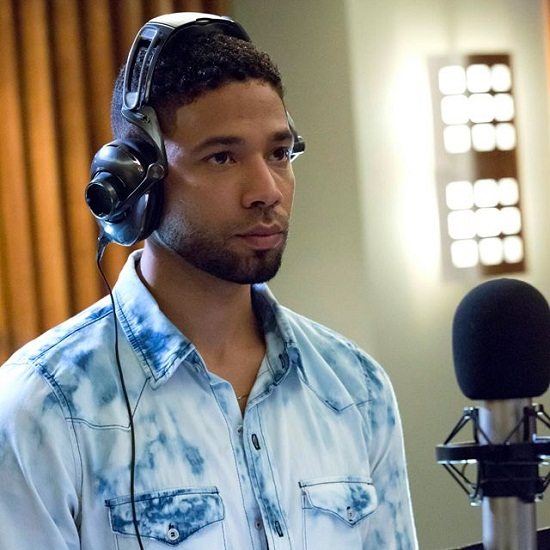 After a brief delay due to FOX's coverage of the World Series, our beloved and salacious Empire returns to us this Wednesday. While we're sure much of this week's episode will focus on the missing Hakeem, let us not forget that we also have some unfinished drama from Jamal, who found out that his loving lover Michael isn't as faithful as he'd like him to be. In that vein, the Empire team has unveiled the latest musical tidbit from the show in the form of moving ballad "You Broke Love."

Performed by Jussie Smollett, the piano-driven number finds the crooner pouring his broken heart out. Opening up with an imitation of a emergency radio call, he tries to feign strength and indifference over being wronged with platitudes like "C'est la vie," and a sarcastic "whoopty doo," but the emotional damage is obvious with the urgent and increasingly pained vocal performance Jussie delivers. "You won't love the way you should / Sometimes love will make it good / If you're listening / You broke love," he sings before eventually bidding his love farewell and telling him to go to hell in one breath, guaranteeing that love most definitely doesn't live there anymore.

Given the episode's previews, it will indeed be interesting to see what part "You Broke Love" plays in the upcoming episode. Guess we'll have to wait until Wednesday night to see. In the meantime, you can listen to the song right here and catch up on what's transpired so far in season two with our Empire Watch.


TAGS:  audio, Empire, Jussie Smollett
Previous: Terri Lyne Carrington & Ledisi Want To ‘Get To Know You’ Next: Angie Fisher Shows Off On ‘Hide And Seek’ & ‘Summertime’