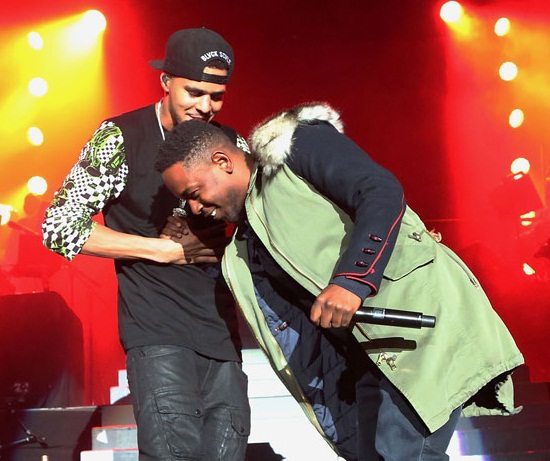 This past Black Friday was a bit of a bust, with over a billion fewer dollars being spent compared to the last year's totals. However, while the unofficial shopping holiday was lackluster for business, it was without a doubt a great day for music lovers. First, Erykah Badu went and dropped her highly anticipated (and first-ever) mixtape, But You Caint Use My Phone. And then cohorts J. Cole and Kendrick Lamar decided to play a game of swapping beats with the dual release of freestyles titled "Black Friday," with each MC dropping a blistering verse over a beat from the other's most recent album. The unexpected experiment was definitely enough to get much attention from fans and re-spark the rumors of a joint album from the twosome.

J. Cole decided to speak his mind over K. Dot's sleeper hit "Alright," riding the beat something nice with his creative flow as he brags more than a little bit about his prowess on the mic and other areas. He also lets us know that he's not hurting in the pockets, either, making sure to mention that "on a scale of one to ten, I'm a hundred grand" before revving up to drop a not-so-subtle-hint about a possible release (which may or may not feature Kendrick) arriving in February. Kendrick, on the other, chose to not play with our emotions as much with his flip of Cole World's "A Tale of 2 Citiez." The minor chord beat with more than a little bit of bump gets more than a few quotables from the Compton MC (sample: "I'm rollin' deep in the paper like two Adeles.") and even an endorsement for Kanye's 2020 presidential bid.

Other than J. Cole's teasing of a February surprise, there's no indication that these two tracks signify anything other than a surprise treat from two of the brightest, most talented MCs doing it right now. But, as recent times have shown, anything is possible. While our minds jump to all the conclusions, you can check out both MCs doing their respective things below.