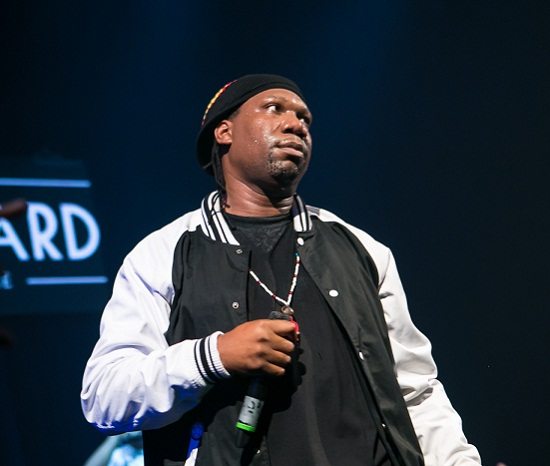 Anyone who knows KRS-One knows that he's as much a social justice warrior as he is a rapper and musician. He has zero filters when it comes to criticizing racism and injustice in our society. The veteran MC's new single “Drugs Won” is exactly what we expected from the rapper considering his background and the current social climate the United States has been in for the past couple of years.

“Drugs Won” precedes KRS-One's upcoming album, Now Hear This, which is set for a November 24th release. Both the single and the album are produced by up and coming DJ/producer PredatorPr!me. The single goes hard with an opening and chorus that sound like they came off of a Buju Banton album. The beat is relatively simple and when analyzing its production, the song could use some more fine tuning and mixing. Despite this, “Drugs Won” is honest and raw with some vocal samples and a repetitive drum kick that leave plenty of space for the most important aspect of the song: KRS-One's lyrics.

The rapper takes on the government and the ongoing "War on Drugs,” specifically the prohibition of marijuana. KRS-One raps in the song, “We see how the drugs run / We see where they come from / Governments are selling it everyday one ton / They declare a war on drugs but Drugs Won.” He also addresses the disparity between the East and the West when it comes to the legalization of marijuana, rapping, “It's crazy how the East Coast considers herb the enemy / While on every corner in L.A. is a dispensary.”

“Drugs Won” is a song of triumph — marijuana continues to be steadily decriminalized, legalized or approved for medical use throughout America while it gains more and more support in the polls from citizens. KRS-One emphasizes that this is a loss for a government that he considers to be systematically oppressive and hypocritical. The single has definitely set the tone for Now Hear This, which is sure to address many more issues KRS-One has a vested interest in. Look for it on November 24th. We can't wait to hear what truth bombs are dropped and what tea is spilled on the new album.