Lion Babe Is Ready To ‘Begin’ With ‘Where Do We Go’ 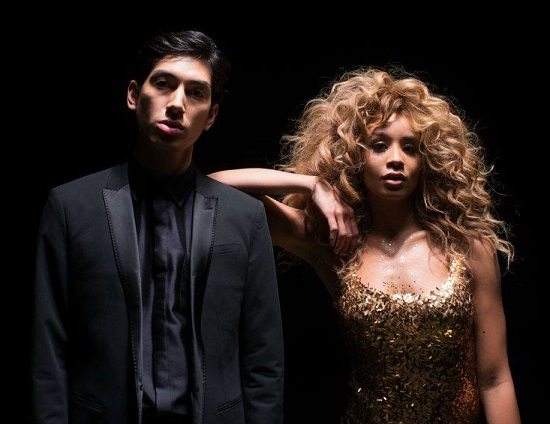 Lion Babe has been on one long hot streak for the better part of a year now. That's thanks in part to their self-titled debut EP as well as a string of hot singles, the most recent of which being the funky burner "Impossible." And if you thought they were gonna slow down, well, you thought wrong. In fact, the duo is putting the finishing touches on their debut album, Begin. But first, they have yet another new number to unveil.

Their latest release is "Where Do We Go," a modern disco workout of song. As hi-hats repeatedly stutter, vocalist Jillian Hervey delivers a sugary-sweet vocal while making a plea for love. But her voice isn't the only sweet thing about the track. Partner-in-crime Lucas Goodman (with an assist from producer Mark Ralph) lays down a piano-laced track that hits all the right spots and is only amplified by the time the horn-laden chorus comes around. But the goodness doesn't stop there as there are a few unexpected surprises to be had along the way.

"Where Do We Go" and the rest of the singles the group has released thus far will find a home on Begin, alongside a few new tracks that we definitely can't wait to hear. Check out "Where Do We Go" right here and then dip below to get a peek at Begin's tracklist.

Whole
Jump Hi featuring Childish Gambino
Wonder Woman
Impossible
Stressed OUT!
Satisfy My Love
Where Do We Go
On The Rocks
Hold On
Jungle Lady
Got Body
Everyday Life
Treat Me Like Fire
Little Dreamer