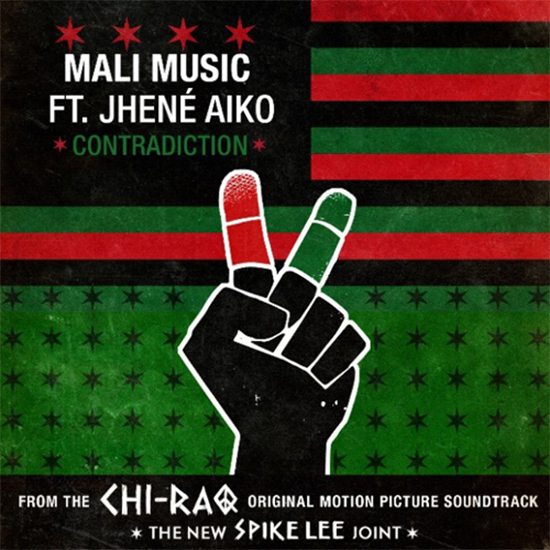 Mali Music has been rather quiet this year. After releasing Mali Is… in 2014, the “Heavy Love” singer went ghost on us, but it looks like something special has brought him back into the limelight. Spike Lee’s controversial new film Chi-Raq is just a few short weeks away from release and after introducing us to the soundtrack with Kevon Carter’s “WGDB,” Lee is allowing Mali Music and Jhené Aiko to give us a further preview of what is to come with their new duet “Contradiction.”

This unlikely duo unite on a slow jam seemingly about past lovers reminiscing and revisiting what once was and discussing what they may have done wrong. Their voices blend quite beautifully as they sing, “You don’t have to say it’s over / You don’t have to say it’s through.” Fortunately, these two also manage to leave out the overbearing preachy and flawed lyrical content that this soundtrack’s lead single included.

Chi-Raq and its accompanying soundtrack are schedule to be released on December 4th, but you can pre-order your copy of the soundtrack off of iTunes now and automatically receive a copy of “Contradiction” and another new song, “I Run” from Jennifer Hudson.