Pentatonix Bring ‘Joy To The World’ With Their Incredible Sound 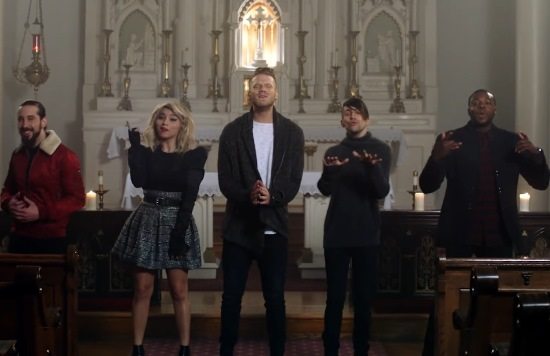 With millions of devoted followers on social media and sustained ovation from critics and fans, a cappella ensemble Pentatonix has already achieved worldwide fame in the four short years succeeding their days on The Sing-Off. Their staggering success was further cemented earlier this year with their first GRAMMY Award win, an appearance in the anticipated sequel Pitch Perfect 2, a concert documentary and a sold-out tour. All paving a golden path for the October release of their eponymous debut album of original music, featuring the infectious hit "Can't Sleep Love."

The ubiquitous quintet clearly has a lot to be thankful for this holiday season. And what better way to ring in "the most wonderful time of the year" than with some new Yuletide tunes. The group recently released a deluxe edition of their 2014 album That's Christmas to Me with five new tracks, including the Christmas standard "Joy to the World." Naturally, the YouTube phenoms shared a video to accompany the song's release. Surrounded by candlelight, the simple visuals feel intimate despite being filmed in a grandiose church sanctuary. Mitch Grassi, Scott Hoying, Avi Kaplan, Kirstin Maldonado and Kevin Olusola hold nothing back, displaying vocal acrobatics that invigorate the classic hymn with fresh effervescence.

Both Pentatonix and That's Christmas to Me (Deluxe Edition) are currently available for purchase. The group will be touring just before Christmas comes, but if you can't catch them live, be sure to subscribe to their YouTube channel and sign-up for updates via their website. After you preview their joyful take on "Joy To The World" below, get deeper into the holiday spirit with PTX's exclusive Yule Log playlist. 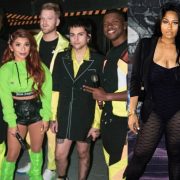 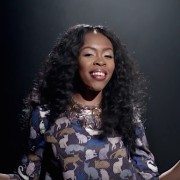 We ‘Can’t Sleep’ On This Remix From Pentatonix & Tink 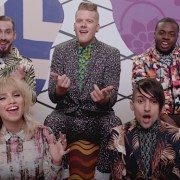