Shawn Stockman & Rapsody Hope You ‘See Love’ For Their Collaboration 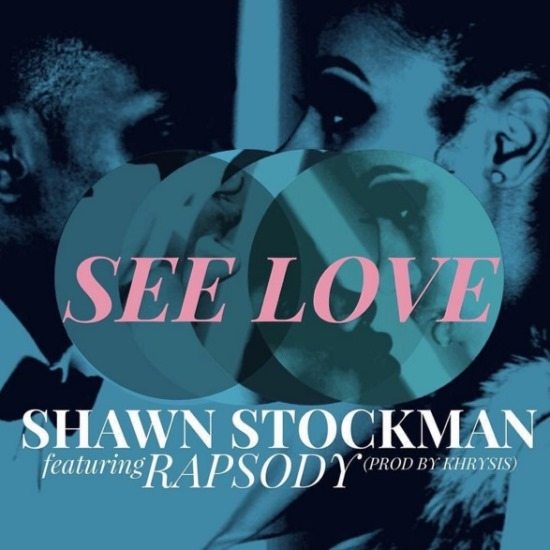 If you happen to be a member of the best-selling R&B group of all time — Boyz II Men, for those who didn't know — it might prove a bit daunting to spread your creative wings and step out on your own. Thankfully, Shawn Stockman knows he has the trust and support of his group mates, which undoubtedly takes some of the pressure off. Despite a busy schedule, he managed to carve out some studio time to work on his forthcoming EP, Untitled. Now, we get our first listen thanks to his first single, "See Love."

Throughout their 20-plus years in the business, Boyz II Men has given us a variety of music, but love songs have always been their forte. So Shawn is in pretty comfortable territory here. But that's not to say this is an uninspired effort. The breezy mid-tempo tune is the perfect vehicle for Shawn's unmistakable tenor. With cool harmonies and jazzy horns to back his effortlessly fluid tones, he manages to sound classic and contemporary at the same time.

The song is being released through Shawn's Tru Society imprint, but it's got the stamp of Jamla Records all over it thanks to the inclusion of the label's resident femcee Rapsody and production by beatsmith and Soul Council member Khrysis. Cheekily referencing everyone from Disney's Princess Tiana to President Barack Obama, it's easy to see why Rapsody is quickly becoming the "go to" emcee when it comes to a killer collaboration. Her recent features are just added fuel for her meteoric rise to the top, and this song is no exception. The track also features lush keys and synth by Sheldon Williams and dulcet guitar strains by Matt Mason.

If you're diggin' Shawn's solo effort and can't wait for the release of Untitled, scroll down for "Love," "Temporary Boyfriend" and "Time Travel" — three previously unreleased tracks from his Tru Society vault. And don't worry, Shawn has no plans of leaving his "Boyz" Nathan Morris and Wanya Morris anytime soon. Their Las Vegas residency at The Mirage has recently been extended through 2018. You can also catch them performing on the 2015 Soul Train Awards, airing November 29th on BET, as a part of the tribute to Legend Award recipient Babyface.