SoulBounce Exclusive: ‘Prepare’ For The Return Of Brooklyn Funk Essentials 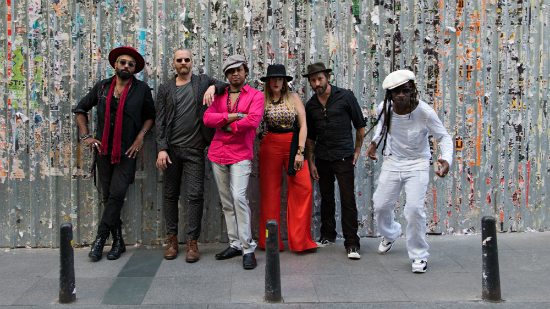 With a positive message and some funk for the soul, the Brooklyn Funk Essentials are back on the scene and giving us an exclusive listen to their comeback single "Prepare." In just two days, the group will release Funk Ain't Ova, their first album in seven years, so they're getting us prepared (see what we did there?) for their return with the uptempo track. Immediately in the beginning of the track we're met with lively horns that guide us to Stephanie McKay's powerhouse vocals as she tells us to prepare for life and practice self-love. Did we mention she recorded her vocals in just one take? Co-written by legendary house diva Crystal Waters, who also provides backing vocals, the single was written for Waters' daughters as a message to take heed, learn and love yourself. "I just remember thinking, you're gonna win and lose in love, so be prepared," said Waters. Musical director and bassist Lati Kronlund originally fashioned the track as a house jam but pared it down and added funk and horns to create the perfect single for the band to return with.

Founded back in 1993 by producer Arthur Baker and Lati, the Brooklyn Funk Essentials were a staple in the club scene, so it's great to see the band back in action after their mini-hiatus. Earlier this year, the band did a Pledge Music campaign and, of course, reached and surpassed their goal enough to deliver the new album. The band go back to their roots for the set, bringing together many of the original members and reuniting with original label Dorado Records. Funk Ain't Ova debuts on November 13th, but until then, get yourself primed with their upbeat, funk- and horn-filled track "Prepare," which you can hear exclusively here. Listen right now and let us know if the single has you moving and grooving and ready to purchase their upcoming album.