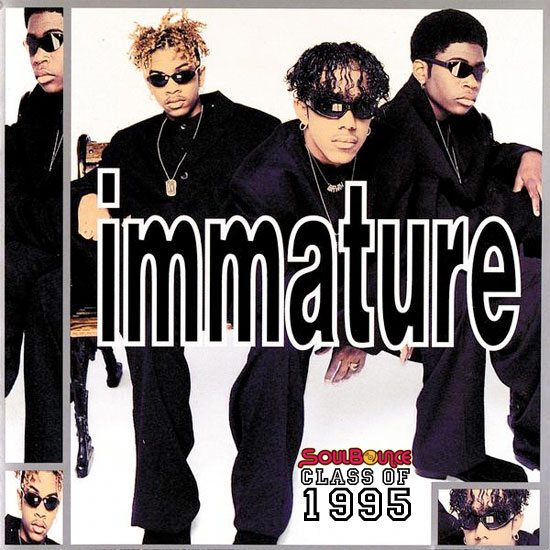 Released just before Christmas in 1995, Immature's We Got It was a rather unexpected surprise album. Yeah, we know that all surprises are unexpected, but in this case, the redundant nature fits. Looked upon as a bunch of teenyboppers acting mannish at best, Immature produced a rather adult album full of slow jams inspired by G-Funk, good old fashioned '70s funk and '90s quiet storm radio. While the boys told us on their last album that Playtime Is Over, it wasn't until this album that we truly believed them. The boys were not just a cute little band, but a bunch of young macks eager to prove to everyone that they were just as capable of serenading a grown ass woman as Jodeci.

Batman, Romeo and LDB, for lack of a better, less cliche or punny term, were going in a more "mature" direction. One might even say funky. The album samples and takes inspiration from a number of ‘70s funk hits, along with contemporary R&B music. Under the direction of Chris Stokes and his sister Smooth (remember her song, "Strawberries?"), the boys had cultivated a laid-back long player full of slow jams that defied the boys’ ages. Unfortunately, that’s where the problem with the project lies. The boys were a little too smooth for their own good. There’s nothing pop about it, and in a sense, nothing really pops out.

The video for the title track “We Got It” was pretty telling of the project. The video concept is that the boys show up for a concert, but instead of being greeted by the usual swarm of fans like they did in the video for “Feel the Funk,” they arrive at a nursing home. At first the boys are apprehensive about the age of their audience, but slowly and surely the senior citizens perk up and get down to the funky grooves of the underage trio. Of course, when you realize the song liberally samples Chocolate Milk’s late ‘70s hit “Girl Callin’,” it’s not that big of a surprise. The song is perfect for both their pre-teen Nickelodeon audience and older folks who bought the album to appease their daughters, granddaughters and nieces.

The ‘70s funk/G-Funk sound would continue on the “Feel the Funk,” which was featured on the Dangerous Minds soundtrack, and on “Lover’s Groove.” The latter is a chill, mid-tempo track that incorporates both rapping by Romeo and Marques Houston’s silky vocals. Surprisingly, Romeo’s rapping, which is usually stilted and off-putting, works for the song.

However, their more mature sound didn't prevent them from going into teenybopper territory. While “Please Don’t Go” was the highest charting single on the album, hitting No. 36 on the Billboard Hot 100 and No. 16 on the Hot R&B Singles charts, it's also when the boys dip into that saccharine sweet boy band material of sweet nothings. However, a hit is a hit.

Songs such as “Just A Little Bit,” “Pay You Back,” “Pager” and “I Can’t Stop The Rain,” are prime quiet storm material. They may have even made it on the GTD (Get the Draws) playlist, you know, if the thought of getting it on to the musical stylings of a group of tweens didn’t ruin the moment. Even their filler moments, “Candy” and “When It’s Love,” have their charms.

In retrospect, We Got It is an album full of disarming slow jams that would make even the biggest hater mumble something nice under their breath. Unfortunately, this album didn’t get the attention or the acclaim it deserved. We Got It peaked at No. 76 on the Billboard 200 album chart. However, the album  is the groups best charting project, faring better than their previous project, Playtime Is Over, which peaked at No. 88, and their next album, The Journey, peaking at No. 92. Maybe the group should have gone a little more pop instead of urban R&B. Maybe they should have focused more on making music for tweens instead of including their guardians in the mix. What ever the case may be, We Got It is truly a hidden treasure of great ‘90s R&B.

Immature We Got It [Amazon][iTunes][Spotify]


TAGS:  Batman, chocolate milk, chris stokes, Class of 1995, jodeci, LDB, marques houston, romeo, smooth
Previous: Check Out ‘WTF’ Missy Elliott & Pharrell Williams Have Been Cookin’ Up Next: Craig David Tells Us What To Do ‘When The Bassline Drops’ 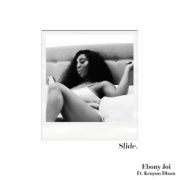