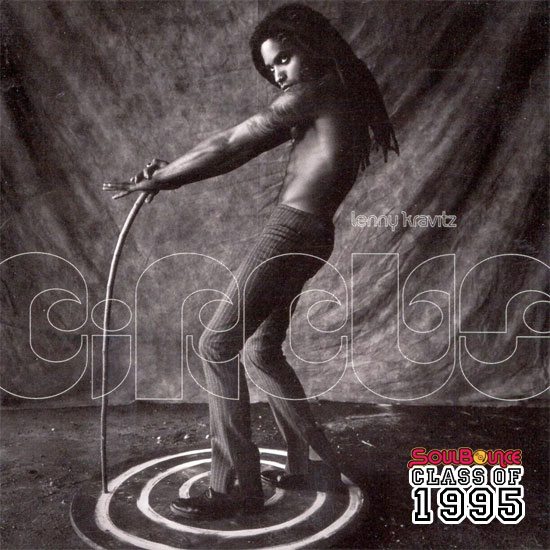 In 1995, Lenny Kravitz was six years and three albums deep into his career when he released his fourth collection, Circus, that September. The 31-year-old rocker stayed in his well-established lane of soul-infused classic rock on this album and fans flocked to it, despite there not being any commercial hit songs to be had.

Coming off the high of 1993's Are You Gonna Go My Way, namely the insanely catchy title track, anyone expecting lightning to strike twice may have been disappointed with nothing remotely similar on Circus. That's not to say that the songs on this album were bad -- quite the contrary. Lead single "Rock and Roll Is Dead" may have caught many off guard with its title juxtaposed with its decidedly rock 'n' roll sound, but it was Kravitz having fun and calling out industry posers. Years before Nas declared Hip Hop Is Dead or every singer and their grandmother claiming that they're bringing R&B back from the grave these days with a straight face, Lenny approached this subject with his tongue planted firmly in his cheek as he critiqued the rock 'n' roll lifestyle.

On other tracks on Circus, however, Kravitz got a little more serious. The album's title track and second single, found the singer contemplating life and the spectacle of it all. On tracks "Beyond the 7th Sky," "God Is Love" and "The Resurrection," Lenny infused religious themes into his music. In addition to rocking out and getting deep on Circus, Kravitz got funky on "Tunnel Vision," honky tonk on "Magdalene," soulful on "Don't Go and Put a Bullet In Your Head" and even a little country on the contemplative "In My Life Today" and the third single, the lovesick ballad "Can't Get You Off My Mind," which is probably the most enduring and memorable track from this project today.

Although Circus is generally not considered a classic from Kravitz's discography, it holds the distinction of being his first album to crack the Top 10 on the Billboard chart and it did go gold, selling well over 500K copies. Lenny has gone on to give us plenty more, most recently releasing his tenth studio album, Strut, in 2014, and he continues to rock out on stages worldwide.


TAGS:  Class of 1995, lenny kravitz, nas
Previous: Snakehips, Tinashe & Chance The Rapper Party With ‘All My Friends’ Next: Van Hunt Casts A Creative Light On The Process Of ‘Free Association’