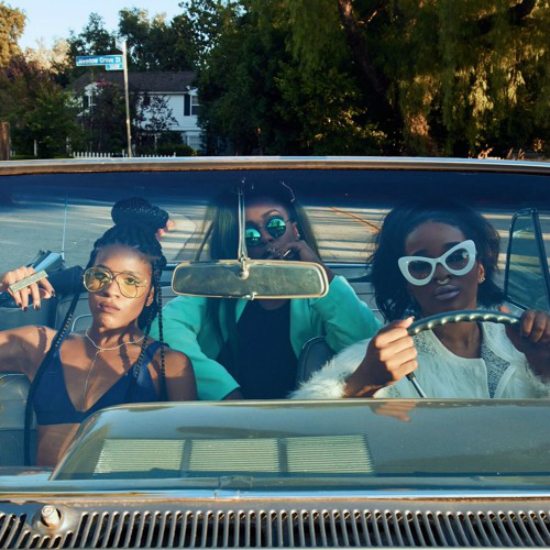 Sisterly love is a wonderful thing and it's even more wonderful when sisters can join forces to achieve their dreams together. Deja, Taja and Bobbie Riley are the daughters of the famous Teddy Riley, one of the most well known producers/songwriters/singers/musicians in the R&B genre. He definitely passed on his love of music and talent to his daughters who have collaborated to form the girl group R I L E Y. The use of their famous last name is strategically a smart move, but these sisters are certainly not riding on their father's coattails. “PoundFRANK” is their first single as a cohesive group, and from the sound of the song, we have a lot to look forward to.

"ProudFRANK" is definitely a banger and will undoubtedly be getting some radio time because it's just so damn catchy. The singing style on the opening verse is reminiscent of Rihanna's vocal work on “B***h Better Have My Money.” The content of “PoundFRANK” is a little similar to RiRi's hit single as well with the sisters singing about being rich and having deep pockets. (In the chorus alone, there are about five different synonyms for money.) 2 Chainz's verse toward the end is short but fits in perfectly with the style and content of the song. The heavy percussion and hi-hats add substance and groove to “PoundFRANK” and honestly, these two musical elements are what really make the song stand out.

SoulBounce is looking forward to hearing what else R I L E Y has in their arsenal and if their career will blossom outside of the shadow of Teddy Riley and his massive success. The sisters haven't announced their intentions to release any upcoming projects yet, but hopefully they'll drop more tracks that will give their burgeoning fan base a solid idea of what R I L E Y is truly all about.