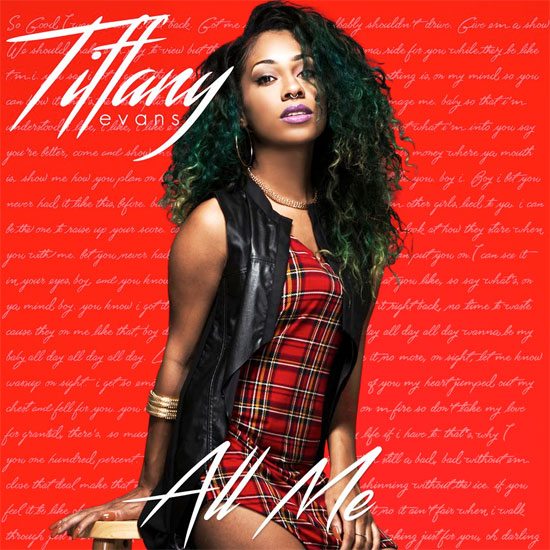 It has been awesome to watch Tiffany Evans' growth as an artist and a woman over the years since her time as a pre-teen on Showtime at the Apollo and Star Search then later when she released her debut single "Let Me Be Your Angel" in 2004. She's lived, learned and loved a lot in the past 11 years, and she gives fans a glimpse on her new EP All Me., which she describes as "one of [her] best works to date."

Evans may be on to something, especially when it comes to the ballad "100 Percent," which is the final song on the seven-track EP and a beautiful love song from the married mother to her husband. Co-written by Evans and Rahim "GoTo" Robers, who wrote the entire album together, Tiffany lets her man know just how much of a blessing he is to her and that she's giving him her all, among other endearments. The song ends with her daughter saying, "I love you, Mommy," and a baby's coos, which will give you all the feels.

"100 Percent" is a fine end to an EP that has a little bit of everything for contemporary R&B lovers, such as the previously released singles "On Sight" featuring Fetty Wap and "T.M.I." Get into our favorite cut from All Me right here and add Tiffany Evans' latest to your collection via Amazon, iTunes or Google Play.