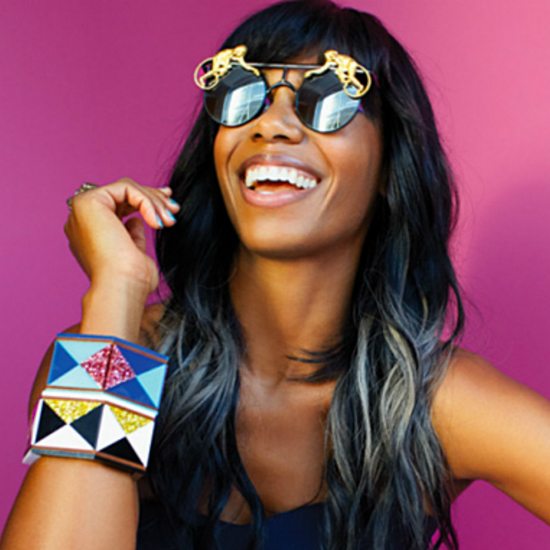 The last time we heard from Santigold, the Brooklyn resident was just coming off maternity leave to deliver the song “Radio” for the Paper Towns soundtrack. Now Ms. Santi White is preparing us for her new album, 99¢, with the first single “Can’t Get Enough of Myself.”

Boasting that “I’m not a gambler / But I’d put money on myself,” Santigold gives us an earful of wonderful on this uptempo self-love anthem. The song features playful lyrics that may be a bit on the corny side, but are no less fun. Frequent collaborator Patrick Berger, has crafted a kitchen sink mash-up of everything from folk music, to heavy ‘70s synths, to ‘80s pop reggae sounds, to who knows what that keep the song vibrant and danceable. It’s largely what we’ve come to expect from the alternative/punk R&B rock star, but doesn’t disappoint by any means.

For those who might be curious about that album title, 99¢ basically reflects how everything, including people, relationships, hard work and even sacrifice is a product and everything is undervalued. While the album won’t be available for that price, we know it’s going to be a steal when it drops sometime in 2016.