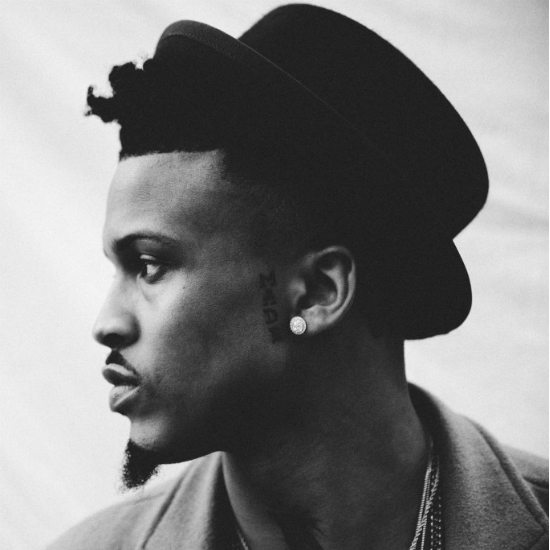 The last time we caught up with August Alsina, he was all in his feelings on “Song Cry,” lamenting the struggles he still faces despite the fame. Now, a week before the release of his sophomore album, This Thing Called Life, he's blessing us with two new singles.

The first new song, “Been Around the World” featuring Chris Brown, samples lyrics from the Puff Daddy song of the same name and Notorious B.I.G.’s “One More Chance” and is a fun, laid-back ditty, but paper thin in substance. It's pretty much August and Chris bragging about their sexual exploits for three minutes.

However, what has piqued our interest is the ghetto life ode “Dreamer.” Here, August is an engaging storyteller weaving a vivid tale of two ghetto youths for whom becoming a doctor or lawyer just isn't in the cards. Instead “...nowadays everyone ‘chere tryin’ to be dealers and robbers / But that’s how it goes / When that’s all you know.” The soulful, almost cinematic production is the perfect backdrop for Alsina’s tale of lowered expectations. While he's not quite touching the work of Curtis Mayfield, we would be remiss not to give the man his props.

Of course, our Mr. Alsina has been growing as an artist. We can see his maturity on tracks such as "Song Cry" and the nostalgic "Hip Hop." Even the eye-roll inducing remake of Ginuwine's "So Anxious" had its charms. How this impacts his upcoming album remains to be seen. According to the tracklist, which you can see below, This Thing Called Life will feature Lil' Wayne, Jadakiss and Anthony Hamilton — which is never a bad thing.  You can scoop the new tracks from iTunes now and check out the rest of the album when it drops on December 11th.