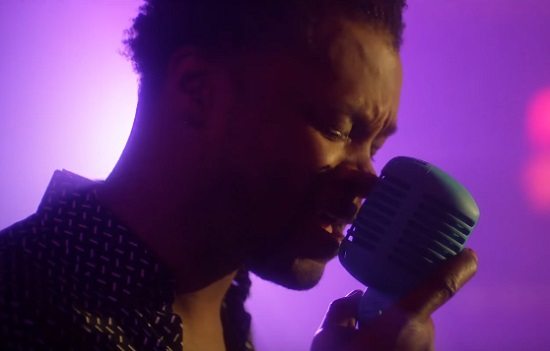 BJ The Chicago Kid has been releasing new music and videos at an increased pace lately, which must mean that his debut album, In My Mind, may be dropping sooner than we think. While we wait for an official release date, the soulful R&B is giving us something else to get into with the release of the music video for his song "The Resume" featuring rapper Big K.R.I.T.

Now, K.R.I.T. has the briefest of features on the track, uttering all of 15 words at the beginning of "The Resume," and he's unfortunately not in the clip. BJ holds it down, however, as he sings in a seemingly empty club. We find out that he's not alone, though, with a beautiful woman watching him through a hole in the wall in a peep show type set up while The Chicago Kid breaks down why he needs to be hired for the position of her man. BJ shares all ways that he'll put in work, and the young lady gets very hot and bothered at the sheer thought and clamors to get her coins right to keep watching the show. BJ The Chicago Kid sings a good game into his vintage microphone, and the purple lighting in the club creates a sensual atmosphere befitting the '90s style bedroom banger.

The video ends and we don't know if BJ will get the gig, but this is one hell of an interview.