BJ The Chicago Kid Shows ‘Nothin’ But Love’ With Joey Bada$$ & Works On His ‘Resume’ With Big K.R.I.T. 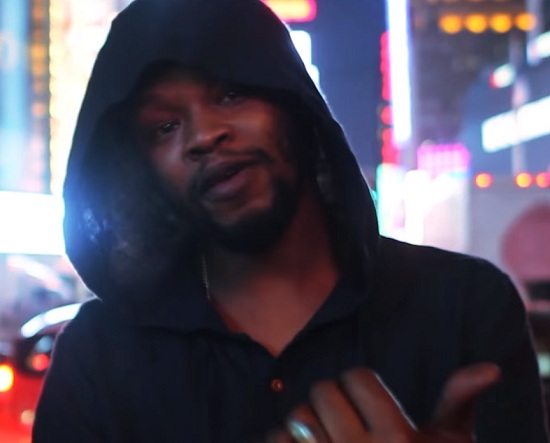 Though he's been making quite the buzz for a while now, BJ The Chicago Kid has yet to deliver his official major label debut, In My Mind. It's not for lack of effort, though, as he's been flooding our collections with singles and mixtapes for years now. He even released a mixtape just last week boldly titled The Best of BJ The Chicago Kid. Now, he's dropped a video from the set as well for the track "Nothin' But Love."

The song features Brooklyn native and Pro Era rapper Joey Bada$$, so it's only fitting that the video is filmed completely in NYC. It opens with Joey's verse as the rhymer stands in the middle of a quiet, car-lined street and spits the real to the object of his affection. After allowing Bada$$ a full minute of screen time, BJ finally steps into the picture as he sings while rocking on sunshine-lit stoops. But he doesn't just stop there, as he walks through the hectic traffic of Times Square to get his point across.

Newness from the Chicago Kid doesn't stop at the video, though, as he's dropped a new single entitled "The Resume," which will be included on In My Mind and happens to feature none other than Big K.R.I.T. Over a syrupy smooth groove that contains enough vocoder to resurrect Roger Troutman, K.R.I.T. delivers a player-ific monologue to intro the song and let a potential cuff buddy know that he can put in the kind of work she's been looking for. From there, the finger snaps and piano come in as BJ slides in to serenade his way into gainful employment, promising to "work that body like it's a 9 to 5." It's a smooth little ditty sure to open up more than just the doors to the office.

You can check out both the video for "Nothin' But Love" and the stream for "The Resume" below. As well, be on the lookout for In My Mind to finally be released sometime in early 2016.


TAGS:  audio, big k.r.i.t., bj the chicago kid, Joey Bada$$", roger troutman
Previous: August Alsina Goes ‘Around The World’ With Chris Brown & Laments Ghetto Life On ‘Dreamer’ Next: Mar Takes Us For A Ride In ‘I Could Care Less’ & Drops ‘When We Meet’ EP