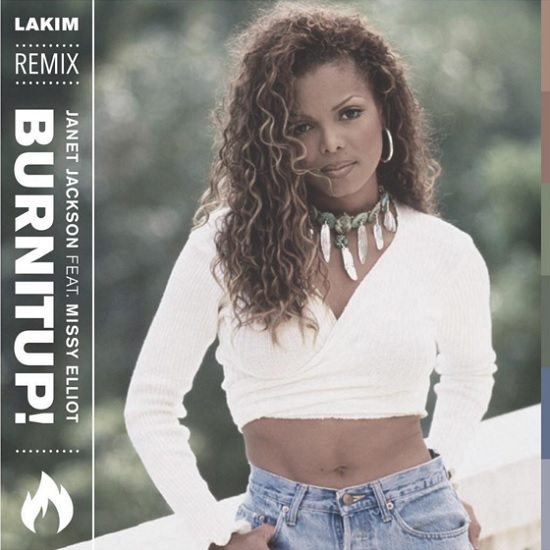 Janet Jackson lit up our 2015 with the release of her eleventh studio album Unbreakable. Part of what helped start that fire was the release of the Missy Elliott-featuring party starter "BURNITUP!," which was just the flame needed to help not only get us excited for Janet's return, but Missy's as well. However, if you wanted to know what the track would sound smoothed out just a little bit, then you need look no further than Lakim's brand new (and official!) remix of the club banger.

The Soulection representer takes the club-ready track and chills it out just a bit with intimate synthesizers slightly reminiscent of Janet's 2008 jam "Rock With U." But don't think that you still can't shake your groove thang to this one. He layers the vocal and synths over busy drums that make everything percolate quite nicely. The only thing that is missed here is Missy's opening verse, which the producer omits in favor of jumping straight into the party. She does, however, showing up on the track's bridge, which fits as naturally here as it did in the original (maybe even more so).

With this being an official remix, there's only a matter of time before it's available for the general public. Until it is, though, you can groove to this one right here.