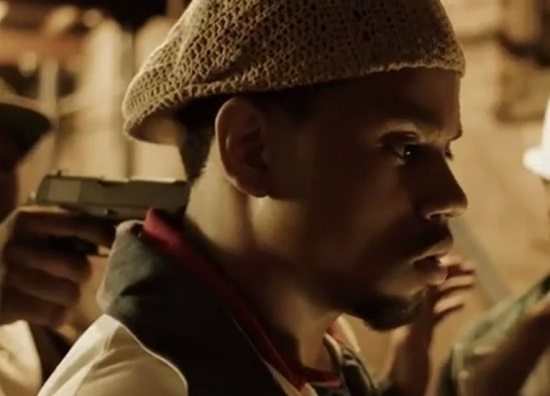 After the resounding success of 2013's TLC biopic CrazySexyCool: The TLC Story, VH1 is diving back into scripted drama with its latest film endeavor The Breaks. The film, set in 1990, will focus on three young people looking to make a name for themselves by forging a way in the still somewhat new world of hip hop.

While a very brief teaser of the project was the only preview we had of the film, the network has finally given a full trailer. In it, we see the film's main stars, rapper/singer/actor Mack Wilds, Afton Williamson and David Call, as they try to make strides in NYC and the industry. Afton plays a brash, bold college graduate looking to break into the business side of things any way she can. Mack is a DJ and producer looking for the next big hip hop star. David is a radio DJ trying to break through old school resistance to push the nascent genre to the masses. Along the way, we also encounter other members of the cast, including Antoine Harris, Wood Harris and Method Man (who plays Mack's father in the film...let that soak in).

The Breaks will premiere on VH1 on Monday, January 4th at 9 p.m ET. Get a load of the full trailer below.