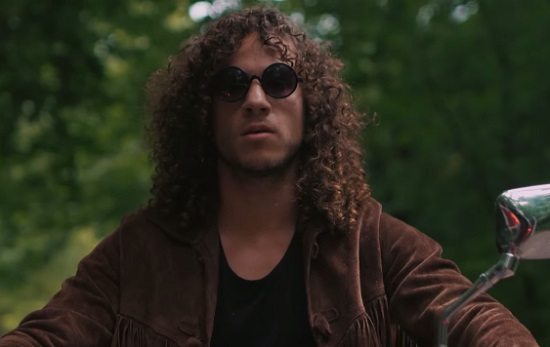 In case you've been wondering what's been up with Mar after he slipped fans the track "Not Like Here" earlier this year and missing his voice like we have, you're in luck because he recently released his third EP, When We Meet. The six-song collection shows a natural progression in his music from his first two short-players, 2012's Seeing Her Naked and 2014's Form, yet it keeps his sensual stew of soul, electronica, R&B and funk in tact and tasting better than ever on songs like "Kamasutra" and current single "I Could Care Less," which has gotten the music video treatment.

The visual for "I Could Care Less" opens with the Dutchman tending to his motorcycle before hopping on and taking it for a ride. His curly locs blow in the wind while he rides on a tree-lined road. He goes off-road to get to the object of his desire who's standing inside the pyramid structure also seen on the When We Meet EP cover. Her beauty and flowing white dress naturally catch his eye, and he pops a few wheelies to get to her. They lock eyes, and she's soon hand in hand with Mar and going wherever he leads, which is back to his motorcycle and more than likely back to his place to play the rest of this EP, amongst other things.

We highly suggest that you add Mar's When We Meet to your collection, which you can with a purchase from iTunes. You can also stream the EP below via SoundCloud or on Spotify. Until we get Mar's proper debut album in our hands, (2016 maybe?) When We Meet will satiate us just fine.


TAGS:  audio, mar
Previous: BJ The Chicago Kid Shows ‘Nothin’ But Love’ With Joey Bada$$ & Works On His ‘Resume’ With Big K.R.I.T. Next: Anita Wilson Invites You To Celebrate ‘Christmas’ With Her ‘Family’