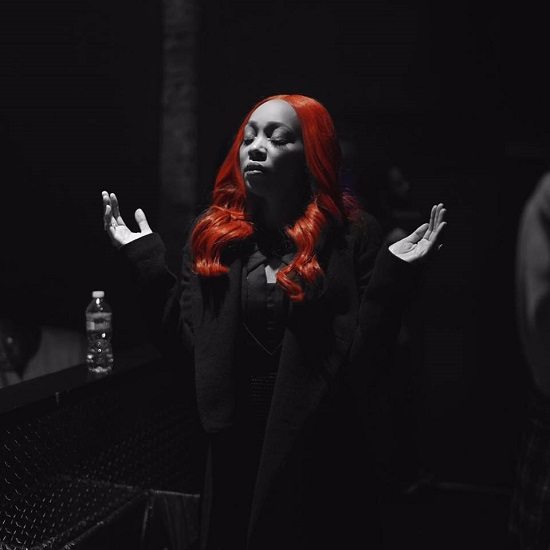 Monica is currently on the road getting and giving life while on her Code Red Experience Tour. But lest we forget, the seasoned singer also has a new album, Code Red, dropping in just two weeks. To that effect, Monica has released another single from the set, the tender ballad "I Know."

While our girl Mo has been known for her hip hop-flavored hits from time to time, we all know it's on her ballads where her musical chops really get to shine. "I Know" is no exception. Perhaps inspired by her real life love, hubby and NBA player Shannon Brown, she sings of a love that has torn down the barriers she's erected around her heart. "Slowly, I'm believin' what I'm seeing / Suddenly, I'm trusting what I'm feeling / This time this love ain't leaving me cold," she sings on the first heartfelt chorus as only a piano backs her solid vocal. More instrumentation joins her in the following verses, but it only adds to the song's emotional pitch rather than detracting from it. But honestly, it's all about the singer's emotionally raw performance, which will surely have Monica fans ready to fork over their dollars for her new album.

Speaking of which, Code Red will arrive in stores on December 18th. You can listen to "I Know" below and click here for more info on her album. As well, be sure to catch Monica's Code Red Experience Tour, which has a special stop in Atlanta tonight before rolling into Cincinnati on December 5th.


TAGS:  audio, monica, shannon brown
Previous: Morning Soul: Her Eyes, Her Smile, Her Skin, Her Smell, Her Hair Next: August Alsina Goes ‘Around The World’ With Chris Brown & Laments Ghetto Life On ‘Dreamer’