Monica Wants To Be ‘Alone In Your Heart’ 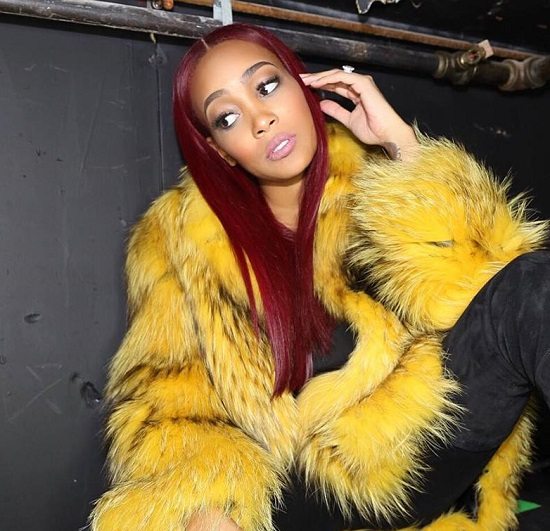 Monica is a busy girl right now. She's currently lighting up stages on her Code Red Experience tour, which just finished up a stop in Baltimore last night and will have its final show on Sunday in NYC, and she's also gearing up to release her highly anticipated eighth studio album Code Red in a week. But before that happens, she seems to be releasing tracks from the set left and right, with the latest being "Alone In Your Heart."

If you've happened to catch Monica during her tour, then you know that she don't play when it comes to her man and her happy home, and "Alone In Your Heart" drives that point home. The Pop & Oak-produced track begins with Mo crooning, "When them other girls ask you if I'm your girl / Say ooh-ooh-ooooh." She then breaks it all the way down, it case things were misunderstood, letting her man know that their love is "only between us" and that "you ain't nobody else's." But the singer's sentiment isn't only about protecting her man from the other skee-os (word to Jigga). She also wants her man to know that she only has eyes for him and his all-encompassing love for her (with a little nod to how he puts it down). Speaking of putting it down, Pop & Oak lay down a nice little groove on the track, which graduates from quiet piano to a slightly-banging, synth-heavy ballad quite effortlessly.

You'll be able to find "Alone In Your Heart" on Code Red when it drops next Friday, December 18th. Until then, stream the track below.