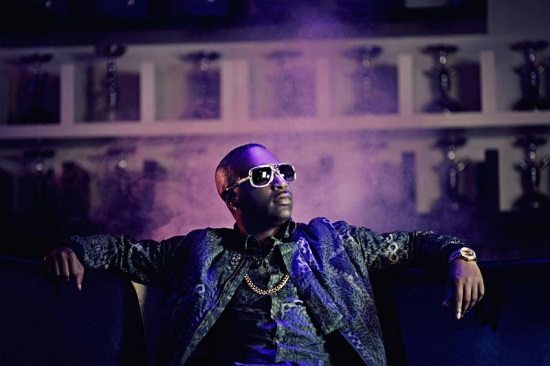 This year saw Bad Boy Records celebrate their 20th anniversary at BET Awards '15 and one of the many highlights from the performance was the segment with 112 blazing the stage to serve up "Peaches & Cream." The beloved R&B group still looked good as they approach the 20th anniversary of the release of their self-titled debut album, and now they along with other acts on the storied label will hit the road in 2016 on the Bad Boy Reunion Tour. But that's not all that 112 lovers have to look forward to next year.

The group's lead singer Slim plans to release his second solo LP in March. The as-yet-untitled project follows 2008's Love's Crazy and promises to deliver classic R&B to the masses with the singer's distinctive voice pulling it all together. A few surprises are also in store, and while we wait to find out what those are, we're getting all the way into the set's lead single "Killin' 'Em Girl."

The song finds Slim giving a woman props for slaying the competition with a body that's on 10 and face on 100. He does the math, and she's the one for him; he just needs to convince her of that as he rattles off her attractive attributes. Featuring a vocal sample from The Notorious B.I.G.'s "Can I Get Witcha," we don't know about classic R&B, but Slim is definitely giving us throwback hip hop soul on this mid-tempo groove and we're here for it.

Press play on "Killin' 'Em Girl" right here to set the weekend off right. Stay tuned to SoulBounce for more info on Slim's new album on Shanachie Entertainment in the new year.


TAGS:  112, audio, slim, the notorious b.i.g.
Previous: Are You Down For Jaheim’s ‘Struggle Love’? Next: Brayton Bowman Gets Into The Holiday Spirit With Stevie Wonder’s ‘Someday At Christmas’