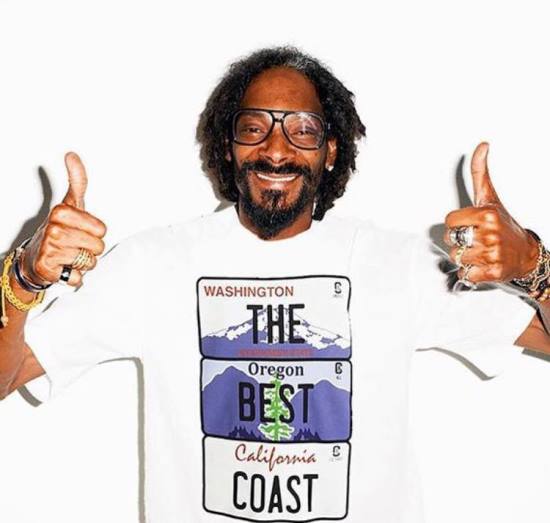 N.W.A.'s record-shattering biopic Straight Outta Compton was one of the highlights of this past year. In addition to giving us a glimpse into the backstory of one of hip hop's most iconic groups, it also cemented the city of Compton's status as a breeding ground for rap genius (particularly in light of the fact that the biggest star in the game right now is a native son). The Golden State is huge, however, so obviously its talent isn't confined to one city. In fact, if you just look over the county line to the neighboring city of Long Beach, you'll find some of the West Coast's finest. And no one has more love for the LBC than Snoop Dogg, who recently dropped "I'm From Long Beach" as evidence of his hometown pride.

The rap anthem is follow-up of sorts to his contributions on LBC Movement's Beach City documentary and mixtape. The purpose of the movement is to foster unity by bringing LBC artists together, and Uncle Snoop's latest track falls right in line. Over a trap-leaning soundtrack, the rapper waxes poetic about a typical day in the 213. Counting his BUSH release earlier this year and his LBC Movement collaborations, Snoop has had a pretty creative year musically.

Preview the track below and keep the California Love going with LBC Movement's "Beach City" below. "I'm From Long Beach" is currently available for purchase on iTunes.

But wait, there's more! The Doggfather has quite a few other projects and ventures that may be of interest, including an upcoming flick (G7: A Gangsta Musical), a YouTube series, a football talk show in partnership with Adidas and a new line of cannabis products. Be sure to follow him on YouTube, Facebook, Twitter and Instagram for all things Snoop.