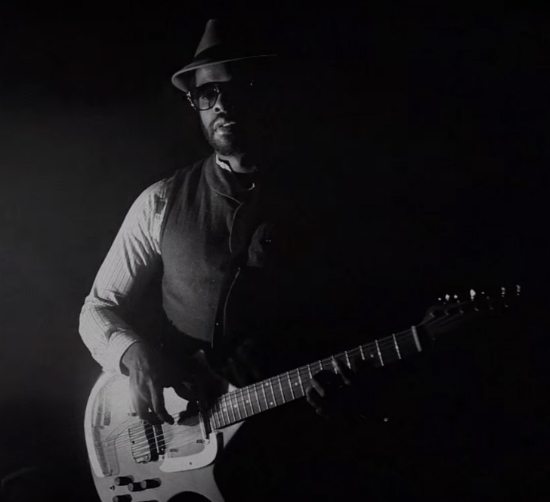 Producer, composer, arranger and multi-instrumentalist Adrian Younge has released the visuals to his latest track "Sittin By the Radio" to round out 2015. The moody video is reminiscent of a dark and broody preview to a movie, featuring vocalist Loren Oden as the video's main character. With dark hues of black and white framing the story, Loren sings with a lit cigarette as his prop while Younge provides the instrumental backdrop, playing guitar and keys in the jazzy video. The two-minute video is classic just like the soul-drenched track that paints the perfect picture and sets us up for Adrian's upcoming album, Something About April II.

Younge is well known from his cinematic production on Ghostface Killah’s Twelve Reasons to Die and its sequel. Speaking of Adrian and his Wu-Tang Clan connections, RZA actually just remixed "Hands of God" to celebrate the release of director Quentin Tarantino's eighth film, The Hateful Eight. The RZA remix will also appear on Something About April II, which drops on January 21st. If the album's lead single is any indication of what we can expect, we'll be ready to click purchase once it drops. Watch the visuals for Adrian's latest single right here, and let us know if you'll be sitting with us and waiting for April.