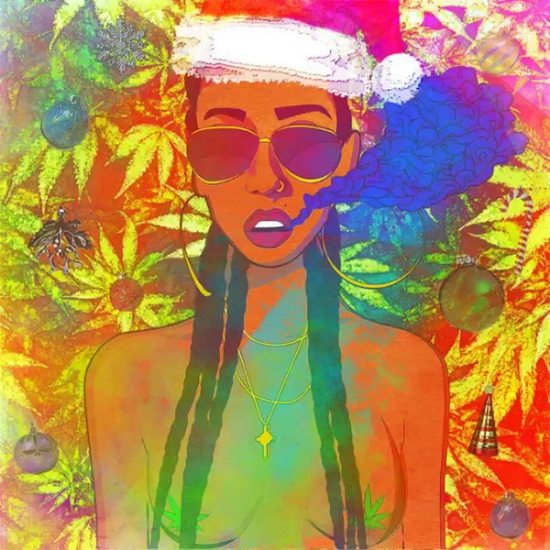 All we want for Christmas are more Christmas songs! Not really, but with the holiday just three weeks away, R&B songstress Tiara Thomas wanted to get in on the fun whether you're trying to be festive or not. Now that she's back with her tomboy chic style, it was only right to end the year with a TLC tribute. Ensuring we have a very merry Christmas, the Indianapolis native picked a classic — TLC's take on "Sleigh Ride," which was featured on the compilation A LaFace Family Christmas and the 1993 Home Alone 2: Lost in New York soundtrack. While her rework wasn't too far from TLC's revamp, we can't help but miss the fun banter and ad libs from our fave girl group. Tiara still holds her own along with the addition of cascading percussion and enthusiastic keys in the instrumentals. Tiara also gives a nod to Left Eye by spitting a few bars and later singing some sweet harmonies even Santa would groove to.

Tiara most recently released her Up in Smoke EP in August, throwing out a few loosies in the summer.  While she'll be keeping things trill for Christmas, we can't wait to hear what Tiara has brewing for 2016. Until then, listen to Tiara's version of "Sleigh Ride" and let us know if it gets you in the Christmas mood.