Timbaland & !llmind Channel ‘Star Wars’ In ‘The Force (Turn Up)’ 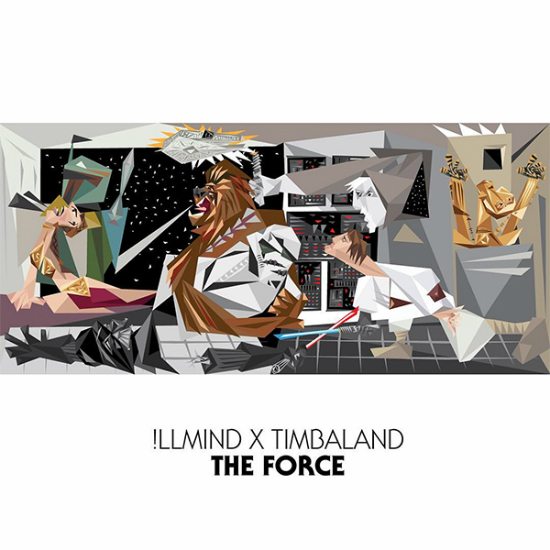 Apparently Timbaland and !llmind were so geeked ahead of the Star Wars: The Force Awakens release this past weekend that they joined forces to create a track in honor of the sci-fi classic. In "The Force (Turn Up)," the two producers channel their inner trap and mix it with dance to make a track that would make R2D2 do a little jig. The minute you press play, the heavy percussion has your head nodding, while Tim and !llmind lace the track with intergalactic sound effects, including snippets from the homies R2D2 and Darth Vader, of course. The single takes you on a trip with its futuristic production, unlimited spacey effects and contagious beat. If you haven't already, the track may just get you hype enough to go to the movies to check out the latest Star Wars installment.

While !llmind released his latest album, Human, this summer, Timbaland has also been staying busy as producer-in-residence on the hit show Empire. Tim also just released his memoir, The Emperor of Sound, which you can order through Harper Collins. And if you weren't convinced that he was a Star Wars fan, check out Darth Vader reading Tim's book on Instagram. Timbaland also has a mixtape, King Stays King, which debuts on Christmas, and features the likes of Aaliyah, Young Thug, Rich Homie Quan and Mila J. Until then, listen to Timbaland and !llmind's "The Force (Turn Up)," and let us know if the force really is with the two producers.