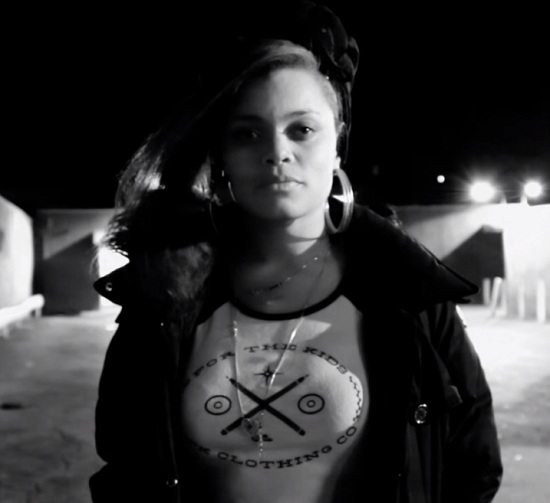 If you've had the pleasure of seeing and hearing songstress Andra Day live, then you already know the powerhouse singer has an affinity for hip hop, as she makes it a point to add a cover of a rap song to each of her sets. Now, she brings that spirit to the masses with another hip hop cover, this time taking on Kendrick Lamar's Section.80 track "No Make-Up (Her Vice)."

For the song, Andra marries the song's message with her own jazzy aesthetic. Plaintive piano leads the way as she sings the song's hook with a sighing restraint. But things get richer and more colorful once the Rhodes-laced beat kicks in and she sings the track's verses to match Kendrick's original flow. The switch up to a warmer, more musical backdrop, not to mention the female perspective gained by Andra singing K.Dot's lyrics, adds a layer to the song that wasn't there before, keeping it fresh for a new audience. And just when you think it's all done, the groove changes once again and Andra utilizes the opportunity to incorporate a bit of Lil Kim's classic "Crush On You" for added measure. All in all, it's a welcome companion to her stellar album Cheers To The Fall.

Speaking of which, next month is a big one for Andra as the album's breakthrough single "Rise Up" is up for a GRAMMY Award. In addition to that, she's also set to kick off another tour in support of the project which will find her hitting cities on both coasts and a few places in between. Take a listen to Andra's "No Make-Up (Her Vice)" right here and check out Andra's latest tour dates below.