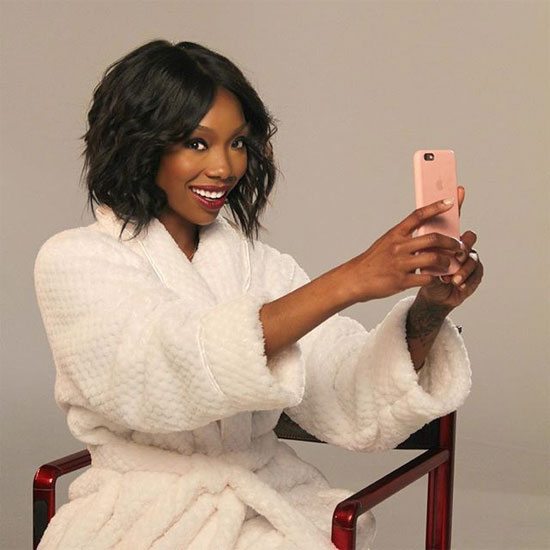 She didn’t release an album or a single song, but beloved singer/actress Brandy still managed to have an amazing and quite impressive 2015. For one, she wrapped up one starring role (as Chardonnay Pitts in the final season of BET dramedy The Game) only to find a brand new one on the same network (her starring role in the upcoming series Zoe Ever After). Oh, and she just so happened to make her Broadway debut in Chicago. Her turn as wayward murderess Roxie Hart not only earned the singer rave reviews, but it also proved that the talented songstress can do anything she puts her mind to.

That being said, we really want her to put her mind to putting out a new album in 2016. We haven’t heard from Ms. Norwood on the solo tip since she dropped her long-awaited Two Eleven way back in 2012, and while that collection had its solid cuts, we know that there’s so much more that B-Rocka’s got in store. Her constant teases with one-off television performances and occasional cameos on other artists’ songs (like her appearance on Ty Dolla $ign’s ode “L.A.” alongside Kendrick Lamar and James Fauntleroy) only make us want a substantial new album more.

There hasn’t been much news coming from Brandy’s camp since she announced new music on Arsenio way back in 2014. But with her career picking up even more steam, let’s hope that a new project will arrive sooner rather than later. -- D-Money