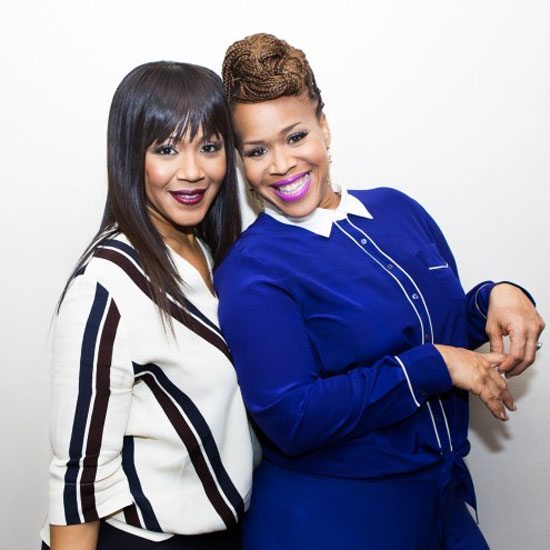 Erica Campbell and Tina Campbell have done their fair share of musical ministry this year. From Erica's album re-release Help 2.0 buoyed by the unlikely trap gospel hit "I Luh God" and award wins, to Tina's solo debut, It's Personal, the ladies of Mary Mary never stopped working. They even continued to give us a look behind the scenes of their lives on another season of their WE tv reality series. While Erica's “More Love” and "Destiny" were outstanding, let's be honest, we are all really ready for them to put their solo work aside and bring back the magic of Mary Mary.

After blessing us with Something Big in 2011 and a greatest hits project named Go Get It the following year, the sisterly duo decided to take a break to live, learn and venture off on their own individual paths. But with four years having past, it’s high time for them to get back in the studio together and give us something fresh and new. We miss that encouraging feeling that the girls brought with “Yesterday” and “Survive,” or the way that their records “Shackles” and “God In Me” got us lit for the risen savior. The magic that pours out of our speakers and blesses our hearts when Erica and Tina hit the studio with Warryn Campbell is unmatched, and we look forward to the opportunity to hear from them again. It wouldn't hurt if we were presented with that opportunity in 2016. -- Rob