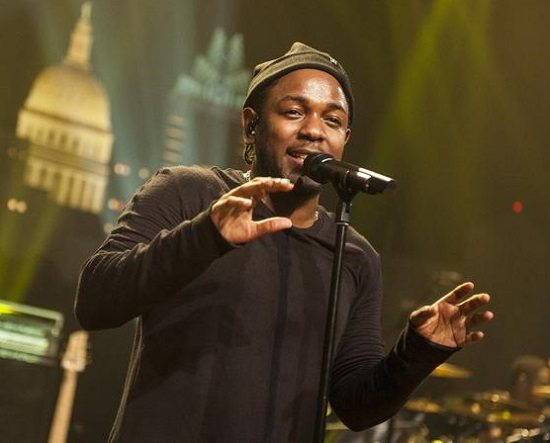 Is it possible to have too much Kendrick Lamar? Not at all, we say. Thankfully, the past few days have given us quite a bit of the rapper's genius, starting with his performance of "Untitled 2" on The Tonight Show last Thursday night and his feature on Kanye West's snippet "No More Parties In LA." However, that wasn't the end. Over the weekend, PBS' long-running concert series Austin City Limits gifted hip hop fans and music lovers alike with a full hour of K. Dot performing selected tracks from good kid, m.A.A.d city and his most recent opus To Pimp a Butterfly.

Joined by his band, The Wesley Theory, Kendrick kicked off his set with jazzy spoken word intro "For Free?" before getting the crowd hopping with banger "Backseat Freestyle" and a string of his other hits. Being that this was aired on PBS, of course a lot of the profanity in the different songs was self-censored by Kendrick, leading to some noticeable gaps and awkward pauses in places. However, whether he was performing "B***h Don't Kill My Vibe," "King Kunta" or "Alright," Kendrick kept the energy going, making for an entertaining set.

And, as if that wasn't enough, hilarious ABC comedy black-ish released a promo featuring its cast having a bit of fun while rapping and dancing to TPAB anthem "Alright." The kicker, though, is when Kendrick himself kicks it on the couch with the show's young stars and leads Anthony Anderson and Tracee Ellis Ross, bringing along what looks like a big bowl of cereal as everyone gets in on the fun.

With Kendrick up for 11 GRAMMY nominations, it's a safe bet to say that these definitely won't be the last times we see Kendrick on our TV screens in the next month. Still, we'll take every chance we can get to get a load of this creative mastermind at work. Check out both the full show of Austin City Limits and the black-ish promo below. And, as a bonus, you can check out ACL outtakes of K. Dot performing "Wesley's Theory" and "Hood Politics" on the show's YouTube channel as well.