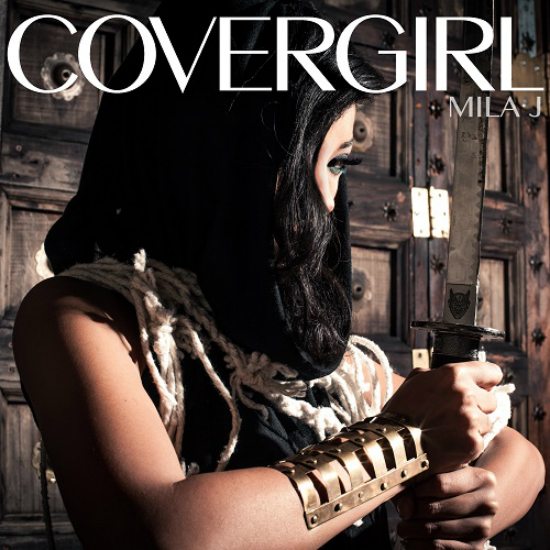 Riding high from her feature on Timbaland’s King Stays King mixtape, Mila J has dropped yet another mixtape of her own. This time, she’s taking some beloved songs from the ‘80s and '90s, along with a few contemporary tracks, to create her COVERGIRL mixtape.

Covering someone’s favorite song is already an uphill battle, as it will be judged and judged harshly against the original. And, when you look at the list of artists she’s covering, including Sade, Faith Evans and Mary J. Blige, artists known for unique vocals and musical styles, it seems almost impossible to craft anything that will make people happy. While some may think her interpretation of SWV's "Anything" is a cute little interlude, others will reach for their torches and pitchforks when they hear how she's chopped up "Sweetest Taboo." Mila has our sympathies.

What Mila J has done is take some classic songs and put her own very unique spin on them. She doesn’t try to emulate the vocals of some of these powerhouses, but instead settles for arrangements that better suit her range, along with some creative use of Auto-Tune that would do T-Pain proud. Though it won’t be everyone’s cup of tea or make it to your first playlist of the new year, it’s worth at least a listen out of curiosity.