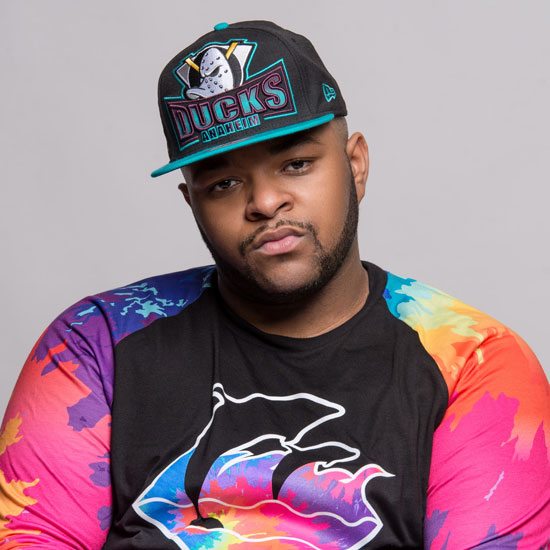 After a three-year hiatus from solo musical projects, Sabatahj is back with his fresh new track “Old Skoo.” The Indiana-born multi-instrumentalist and singer/rapper hasn't been heard from since his mixtape Guilty Pleasures dropped in 2013, but we are glad that Sabatahj is back on the scene.

“Old Skoo” is about as wavy as laid-back tracks come. Sabatahj is expertly courting a lady friend of his, promising her the world if she gets in his ride and cruises with him. She can have anything she wants Sabatahj promises as he sings, “Let's get your hair done, nails done, mami you the s**t.” Sabatahj's smooth Auto-Tuned vocals bounce easily over modern drum work. The hi-hats, snare and kicks are a little reminiscent of what you'd hear in a trap song nowadays. A Roger Troutman and Zapp-sounding vocal snippet in the song brings in that '80s funk while the slow sensual chords on the keys give the song that essential '90s R&B feel.

Sabatahj's arrival with this new song is perfect because it heralds the re-emergence of another R&B singer with a distinct, different sound. As Bryson Tiller has taken trap music and melded it with R&B, Sabatahj has taken '70s and '80s funk elements and combined them with '90s R&B vocal runs and harmonies. The synths sound funky but at the same time futuristic. The track is produced by Tone Jonez, who has more than a couple of beats that draw from the funk era in his massive inventory. It's clear that Jonez is an expert at retooling sounds and combining different elements of disparate genres to create something new. His work with Sabatahj on “Old Skoo” is exactly that, something fresh and new.

SoulBounce can't wait to see what Sabatahj has for us next, and we predict that 2016 is going to be a big year for this multi-talented artist. Check out “Old Skoo” right here and ride Sabatahj's funky, R&B wave.


TAGS:  audio, Bryson Tiller, roger troutman, Sabatahj, Tone Jonez, Zapp
Previous: Kanye West & Kendrick Lamar Invite Us To One Of The Best ‘Parties In LA’ Next: ‘How Many Times’ Will Eryn Allen Kane Thrill Us?