Tinashe Lets Us In On Her ‘Secret’ 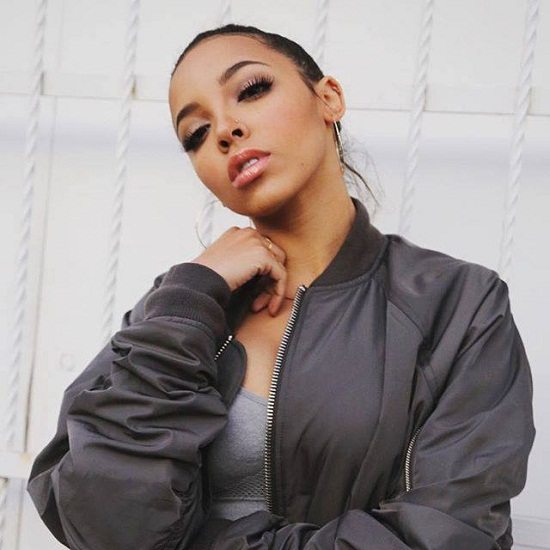 We should be gearing up to go on a Joyride with Tinashe any moment now, but the singer/dancer has a few more treats in store before that happens. That includes her recently leaked "Secret," which finds the "2 On" singer teaming up once again with Cali producer DJ Mustard.

There's a lot to love on the new track, from the warm electronic production — complete with a warm synth bass that lingers in the background before spilling over in the chorus as hand claps and synths wash over everything — to Tinashe's slightly breathless, fast-paced vocals as she delivers the verses. She weaves a tale of a love that she can't deny even though she can't share it with the world. Though it seems that it may be forbidden (though she never really says exactly why this love must be kept on the QT), she's willing to throw caution to the wind for something that feels so good.

Joyride is set to arrive at the end of this month, though a specific date hasn't been given as of yet. We're not sure if "Secret" will be one of the tracks included, but we know for certain that it will feature Chris Brown-assisted lead single "Player," which has been received pretty well. Check out "Secret" right and tell us if you think it's worth keeping.