Azealia Banks Hits Back With A ‘Big Big Beat’ 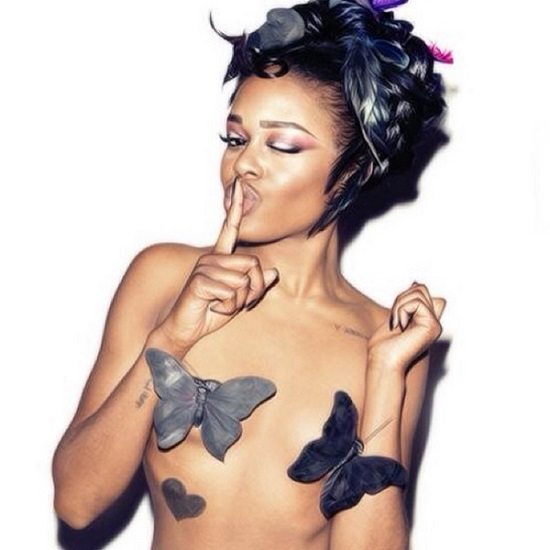 Azealia Banks has become so synonymous with the Twitter tantrum (along with some other real life spats), that only Kanye West could possibly usurp her throne as the reigning champ. It's actually a damn shame, especially when the hip house princess constantly drops heat when she focuses on her musical gifts. Case in point, the New York native has just dropped a new single that is one of the hottest things we've heard in a while, appropriately titled "The Big Big Beat."

Produced by An Expresso, "The Big Big Beat" comes out of the gate swinging with a fat, squelchy synth bass intro and a vocal sample. "Guess who up in this b***h," Azealia begins, bringing the swing of programmed drums and hi-hats along with her as the groove kicks up the bpm and the party really gets started. She continues flipping her usual boastful rhymes that hit as hard as the kick drum thumps, then things smooth out just a bit as AB flexes her vocals on the chorus, singing, ""You've been 'round the world looking for love in the strangest places / Don't you think it's time you confess your love to me?" It all sounds so sweet and so fun that you're almost willing to forgive her volatile behavior — the key word there being "almost."

Azealia hasn't confirmed if "The Big Big Beat" will be included on her upcoming Fantasea II mixtape, but it damn sure should be. Be prepared to sweat out your weave when you press play below.


TAGS:  An Expresso, audio, Azealia Banks, kanye west
Previous: Tweet & Missy Elliott Reunite On ‘Somebody Else Will’ Next: TOKiMONSTA, Anderson .Paak & KRNE ‘Put It Down’ In Latest Visuals