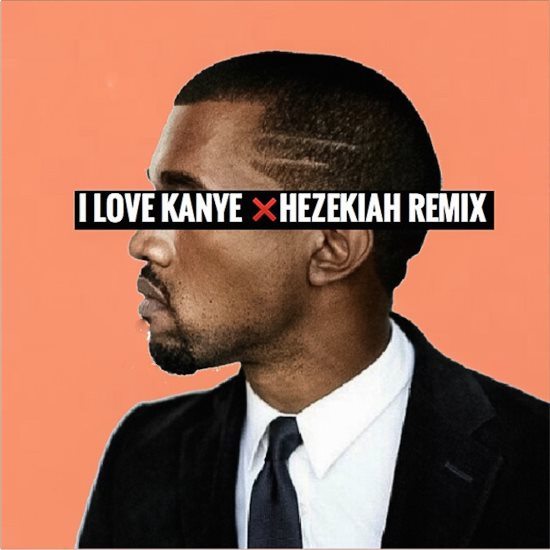 Regardless of your personal take on The Life of Pablo, you have to admit that Kanye West still knows how to get (and keep) our attention through his music. To date, the here-today-gone-tomorrow album presents as a disjointed work in progress with explosive bursts of brilliance throughout. Unfinished leaks and enigmatic public performances have left many scratching their heads. But one track in particular — an interlude, really — has been causing all types of excitement.

Appropriately titled "I Love Kanye," the genius of this short rap is multi-faceted. On one hand, Kanye is letting his fans/critics know that their misgivings haven't fallen on deaf ears. It's also Kanye acknowledging that yes, he too can see how much he's changed over the years. On the other hand, it's an erect middle finger to his detractors and an ode to his ever-evolving innovation. But the real sweet spot (and perhaps a nod to his beginnings as a producer) is that it's completely a cappella,  the kind of blank slate that inspire producers/remixers/DJ's and even average joes to create something special.

In the past week alone, we've heard some interesting flips from the likes of Stefan Ponce and Key Wane. We've even gotten a clever comedic remix via Twitter user Seinfeld Current Day. But none have impressed us quite like our boy Hezekiah. The Philly producer rose to the challenge, creating a dope remix reminiscent of "the old Kanye, chop up the soul Kanye" who thrilled us with samples of classics like Chaka Khan's "Through the Fire" and Curtis Mayfield's "Move on Up." For his take, Heze latches on to Jocelyn Brown's well-loved R&B hit "Somebody Else's Guy." He lengthens the short track by looping Ms. Browns incredible vocal, infusing old school hip hop instrumentals and lacing it with jazzy beats to create something that Kanye himself would love.

Check it out below and support good music by purchasing a copy via BandCamp. The remix will also be featured on Hezekiah's upcoming mixtape Cure For the Common Soul, Vol. 3, so be sure to follow him on Twitter for album updates. Also, be on the lookout for some Johnny Popcorn newness (with Jani Coral and Lloyd Alexander) real soon.