Jason Derulo & K. Michelle Take Off Their Clothes And Lose Their Minds On ‘Naked’ 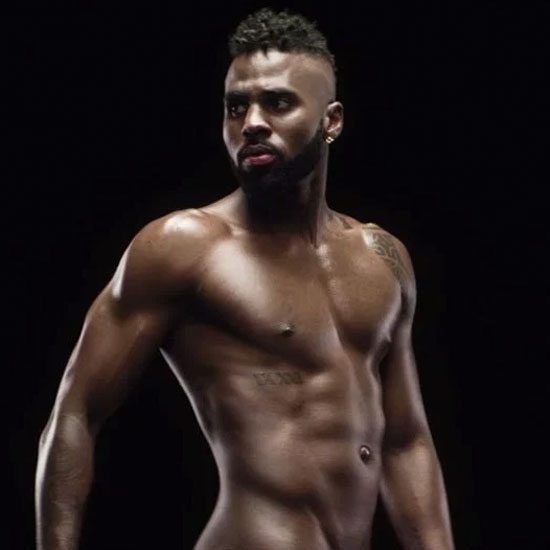 Jason Derulo bares more than his soul on "Naked," his first single from his "experimental mixtape." The good boy, teeny bopper, pop star is embracing his bad boy side.  The project, first teased backstage at the 2015 People’s Choice Awards, you know, because that’s such a fertile ground for revolutionary musical projects, will show a different side of Mr. Derulo. Of the mixtape, Jason has shared that, “I think we all have different faces. This is just one of my many faces on my mixtape and I’m just excited to share it with everybody.”

Produced by SMASH, “Naked” definitely finds Jason trying something different, with the sparse, but sexy soundbed acting as a backdrop for Jason to embrace his more aggressive sexual side, with lyrics you’d associated with Chris Brown or Trey Songz, whispering sweet nothings such as, “I tell her shut the f**k up cause she like when I talk like that." He even finds time to shout out his ex Jordin Sparks, rapping, “The only time I need a Sparks is when I’m lighting up my spliff.”

The video for the song features Jason standing around shirtless against a black backdrop, professing his desire to get someone naked while rubbing his hands like Birdman. In addition to a shirtless Jason Derulo, the video for the song also features a shirtless K.Michelle doing her best to keep her boobs covered, like an Anime character come to life, bathing in a pool of milk against a white backdrop. There’s also a scene of the duo in the studio drinking 1800 and talking s**t on the mic. It's gratuitous, yet boring and trying too hard at the same damn time. Which is pretty much par for the course for these types of things, so we guess... kudos?

We don’t know what chip Jason has on his shoulder or what he has to prove, but this is an intriguing diversion for him. It will be interesting to see what other faces Jason will share on his upcoming mixtape and will show any other sides of the young artist or what else he’s capable of outside of the usual Billboard 100-friendly hit singles. Until then, it'll be business as usual for Derulo when he premieres the next single "Get Ugly," off his current album Everything Is 4, on Jimmy Kimmel Live! this Thursday.