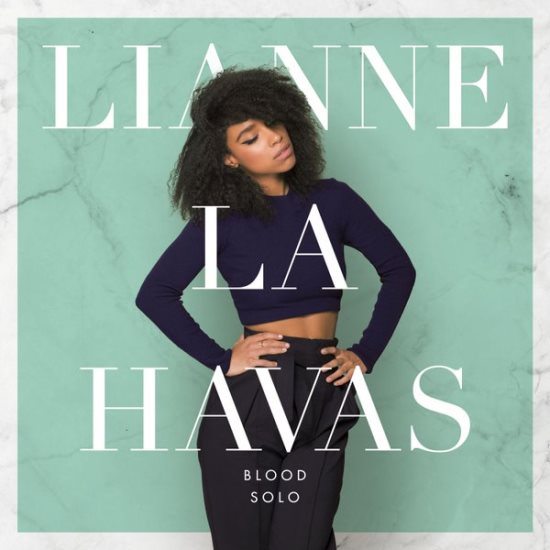 Lianne La Havas thoroughly impressed us with her Blood release last year. Fans and critics alike have praised the sophomore project that earned her a GRAMMY nod and set the course for a sold out solo tour, which wraps its stateside run later this week. Unsurprisingly, we remain smitten with the British songstress as inimitable tracks like "Unstoppable" and remixes for songs like "Green and Gold" have kept Blood on our playlists well into the new year. So color us surprised at the recent revelation of companion project Blood Solo.

The acoustic EP consists of six tracks and one interlude, all taken from Blood with one exception, a berceuse gem called "Fairytale." The personal song – inspired by and dedicated to her cousin and her baby girl – brims with hopeful emotion as Ms. La Havas takes us on a melodic journey across life's uncertain seas (relationships, career goals, etc.). The singer/songwriter navigates a course through the rough waters of growth and self-discovery, using her gracefully lush vocals as a beacon to guide us safely home.

Blood Solo drops this Friday, February 12th, but you can pre-order now with an instant download of "Fairytale," which premiered yesterday as Zane Lowe's "World Record" on his Beats 1 show. Following the album release, Lianne will take a short break before resuming the Blood Solo tour in the Netherlands, UK and select European cities at the end of February. She'll be back in the U.S. this fall as opening act for vintage-soul phenomenon Leon Bridges. Be sure to check her website for ticket info, and if you're up later tonight, catch her incredible performance on Conan.