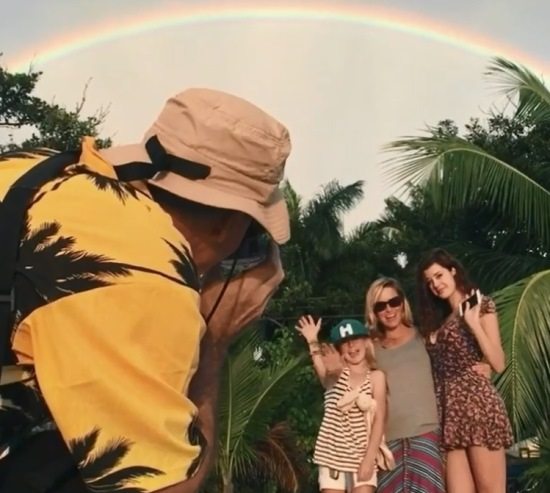 Coldplay may have headlined the halftime show at Super Bowl 50 this past Sunday, but it seems the guest stars are the ones who have been making the most of their short time in the spotlight. So far, Beyoncé's well-timed media blitz has been discussed ad nauseum ("You know you that b***h when you cause all this conversation"), and the week ain't even over yet. Now, British hitmaker Mark Ronson has released the latest visuals from Uptown Special – a dual-video for "Summer Breaking" and "Daffodils" – ahead of the GRAMMYs, where he's nominated for Record of the Year among other things.

While both songs feature Michael Chabon's lyrics and vocals by Kevin Parker (from Aussie outfit Tame Impala, also GRAMMY-nominated this year), each has a distinct sound. "Summer Breaking" is a breezy tune with hazy synth and '70s soft-rock vibes. In contrast, "Daffodils" is a psychedelic-funk trip propelled by electric guitar. Both songs deal with the explorative pursuits and rebellious curiosity of youth, however, which lend to the video's concept.

The Theo Wenner-directed clip centers on a young woman (played by social media "it girl" and Playboy's latest cover model Sarah McDaniel) on a tropical vacation with her family. They haven't even been there a full day and she's already ditched them (with the blessing of her parents, apparently) to get a taste of island night life with a local (translation: complete stranger). Naturally, there's a gathering of folks looking to escape the rules of day time and unwind under the cover of night. She's enchanted by #BlackGirlMagic as a group of ladies get down on the basketball court while the fellas stunt in their tricked-out cars. As the night wears on, her island escort takes her to another party. We're not really sure what went down, because next thing you know, it's daybreak and she's on the beach alone.

Check out the double-feature below (be sure to watch all the way through) and let us know if you think this is the end of the story...or if there could there be a second part coming soon. (After all, Parker is also featured on a third song, "Leaving Los Feliz.") For those of you who prefer their Ronson served with a splash of "Uptown Funk," be sure to scroll down for an entertaining Bose commercial.