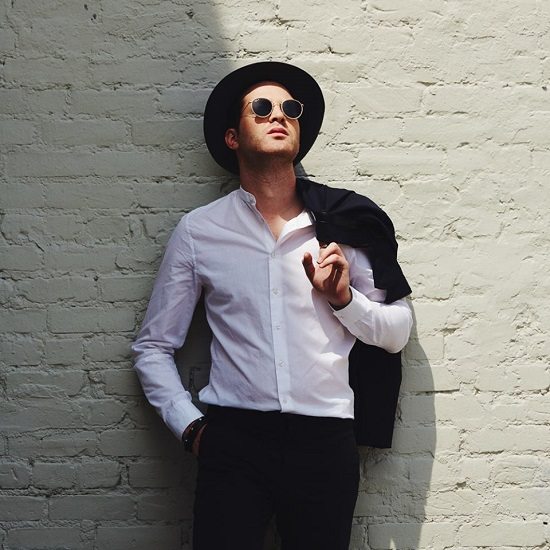 After giving us three full albums of music over the past three years, Mayer Hawthorne doesn't seem to be tired of pushing out even more material. He's set to release his newest album, Man About Town, this April. While his side projects Jaded Inc. and Tuxedo found him exploring experimental and '80s funk sounds, respectively, it's looking like his latest solo effort will find him going back to his roots. His first release from the album, "Cosmic Love," was a slinky slow jam with soulful leanings and his latest single, "Love Like That," finds Mayer going full-on yacht rock.

The song kicks off with a burst of synths and piano as lively drums lead into Mayer's narrative. He's met a woman whom he hates that he loves. But not matter how much he tries to deny the feeling, he can't hide the fact that he wants her just as much as she wants him. The effervescent track is one that would do Hall and Oates proud, as it does a pretty good job of mining their aesthetic. However, he still manages to keep his unique sense of songwriting and style in the forefront, with lyrics that illustrate an illicit love affair and make it sound like the hottest, steamiest thing ever.

You can pre-order Man About Town on iTunes now, and when you do, you'll score instant downloads of both "Cosmic Love" and "Love Like That." But before you make that click, stream "Love Like That" below.