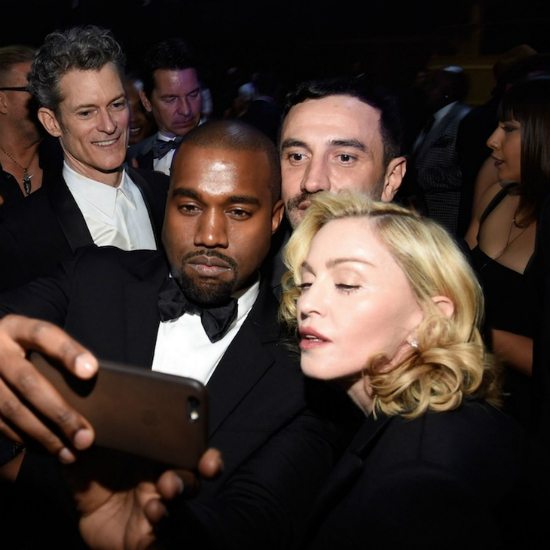 Kanye West’s The Life of Pablo continues to be the greatest work in progress ever. Kanye has stated himself that the album isn’t finish and, in fact, may never be available on any format other than TIDAL. This could be because he wants more people to sign up for the streaming service, which has been having the best month ever with releases from West, Beyoncé and Rihanna. Or it could be because West is in the midst of a creative quagmire. Since the album’s release this past weekend, new versions of songs on the album have surfaced with rumored collaborations and re-workings, remixes, refixes and other forms of aural experimentation — even a new song “Fall Out of Heaven” featuring Bon Iver and The-Dream.

Now the folks over at MadonnaRama have unearthed a demo version of "Highlights" featuring none other than Madonna herself. Madge doesn’t do a lot of heavy lifting in the song, only adding her vocals to the chorus along with Young Thug's (and, of course, the song cuts off before we can hear the end).  However, hearing Madge on the song begs the question: why haven’t we seen a collaboration between Young Thugga and Queen Mother Madge before? It’s one of those impossible combinations that, when you think about it, would go together like peanut butter and jelly or Ma$e and Puff Daddy...or maybe not.

Check out the clip below while it’s available and stay tuned for more Kanye music (minus his antics) right here.